Taliban, US accuse each other of deal violations amid dialogue stalemate 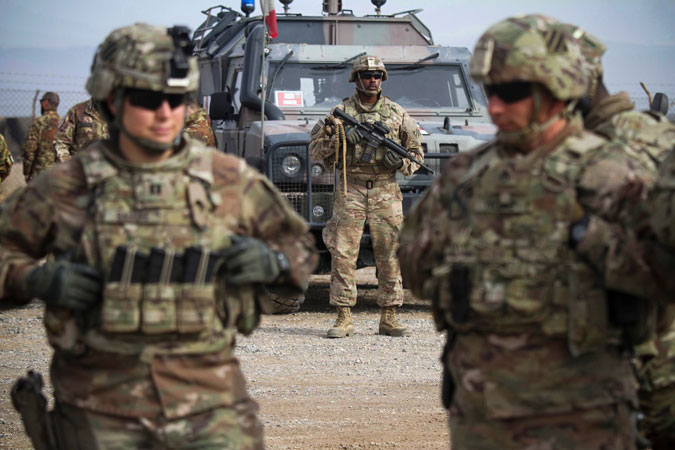 The Taliban and the US military on Sunday traded allegations of agreement violations at a time when negotiations involving Afghans face a statement over rules for the talks.

Taliban angrily reacted to the recent US air strikes on Taliban positions to stop their advance in southern Helmand province, warning the US that it will be responsible for the dire consequences. “American forces have violated the Doha agreement in various forms by carrying out excessive airstrikes following the new developments in Helmand province,” the Taliban spokesman Qari Yousuf Ahmadi said.

According to the Doha agreement, the American forces are prohibited from carrying out airstrikes or targeting anyone in areas other than combat zones or during active fighting, Ahmadi said in a statement.

However, he said over the past few days, drone and other fighter aircrafts have carried out attacks during day and night times in Nahr Siraj, Khushkawa, Babaji, Malgir and Band-e-Barq areas of Greshk and various areas of Sangin, Marjah, Nawa and Nad Ali districts in Helmand. Moreover, airstrikes have also been carried out in Farah and other provinces which are all a direct and clear violation of the Doha agreement. The top American U.S. Commander General Scott Miller said last week that the US military struck the Taliban fighters in support of the Afghan defence forces in Helmand.

Ahmadi said all contents of the US-Taliban agreement are unambiguous, but the opposite side has violated its commitments on numerous occasions, are engaging in provocative actions and bombing non-combat zones.

“All responsibility and consequences from continuation of such actions shall fall squarely on the shoulders of the American side,” he said.

The US military spokesman Col Sonny Leggett dismissed Taliban charges in a series of tweets shortly after Taliban’s hard-hitting statement.

“We categorically reject the Taliban’s claim the United States has violated the U.S.-Taliban Agreement. U.S. airstrikes in Helmand and Farah have been and continue to be solely in defense of the ANDSF as they are being attacked by the Taliban,” Col Leggett said.

He said the strikes are consistent with both the U.S.-Taliban Agreement and the Joint Declaration between the Government of the Afghan government and the United States

The American military spokesman said the entire world has witnessed the Taliban’s offensive operations in Helmand– attacks which injured and displaced thousands of innocent Afghan civilians.

“We reiterate our call for ALL SIDES to reduce the violence to allow the political process to take hold,” he said.

A Taliban source had earlier told Daily Times that the US had agreed with the Taliban negotiators to stop airstrikes against the Taliban positions in Helmand and in return the Taliban will also halt advance in the province. However, the Taliban and the US statements on Sunday indicate that the earlier understanding was not implemented.

The Taliban and the US levelled allegations against each other when an Afghan government negotiation team and the Taliban political envoys have failed to agree on the code of conduct for the negotiations in five weeks. The intra-Afghan negotiations were started on September 12 to decide a road-map for the political future of Afghanistan.

A Taliban source said that both sides have agreed on 19 points out of 20 and proposals have been exchanged about the lone remaining point that is the Doha agreement signed by the Taliban and the US on Feb 29. Taliban want that the intra-Afghan negotiations should be held on the basis of the Doha agreement but the government negotiation team opposes the suggestion and insists that Kabul was not party to the agreement and both sides should hold talks on their own terms.