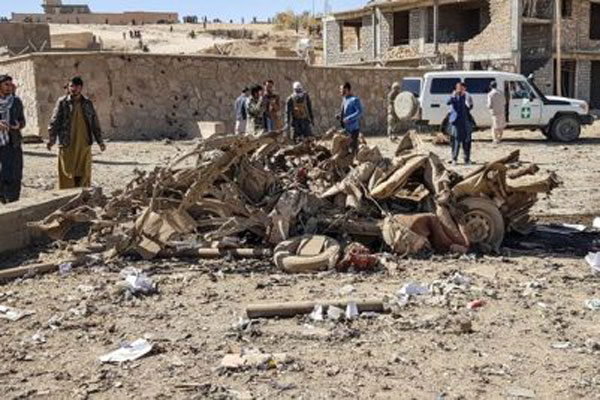 A car bomb Sunday targeting an Afghan police headquarters in the western province of Ghor killed at least 12 civilians and wounded more than 100, officials said. The attack took place in Feroz Koh, the capital of Ghor, a province that has not seen much violence compared to some other regions of the conflict-wracked country. The ministry of interior said the car bomb detonated in front of Ghor police headquarters at about 11:00 am. “The terrorists detonated an explosives-filled car… as a result 12 civilians were killed and more than 100 people were wounded,” the interior ministry said. Juma Gul Yakoobi, a Ghor health official, told AFP victims also included members of security forces. No group has claimed responsibility, but fighting between the Taliban and government has surged in recent weeks. “The explosion was very powerful,” said Aref Abir, spokesman to Ghor governor. “There are fatalities and casualties, and people are taking them to hospitals.”