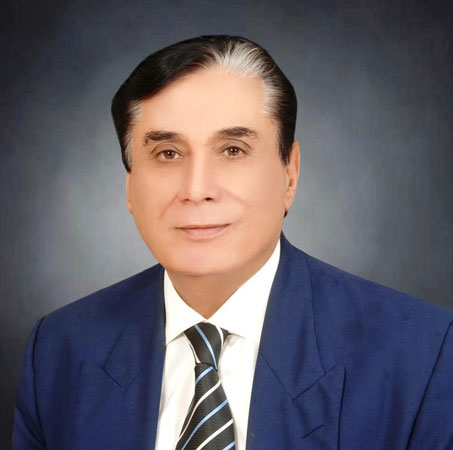 He said all resources are being utilized to nab proclaimed offenders and outlaws of illegal housing societies, Mudarba cases. The operation and prosecution divisions of NAB had already been directed to file petitions of early hearing for disposal of about 1,230 corruption references under trial in various respected accountability courts of the country. The law will take its own course of action for punishing the looters of billions of rupee and to recover looted money from them and deposit in the national exchequer as per law.

The NAB chairman said that eradication of corruption is the top most priority of NAB as the only solution of eradicating the cancer of corruption is surgery. The under trial corruption references in respected accountability courts are of about Rs.943 billion, so that the huge money could be recovered from corrupt elements. He said that NAB is investigating the cases of money laundering and other corruption cases transparently, professional on merit as per law.

He said that NAB is determined to root out corruption without renewed vigour and determination. NAB officers are fighting against corruption while considering it their national duty. NAB is working hard to make the country corruption free. The performance of NAB has been lauded by reputed organizations including Transparency International, World Economic Forum, Mashal Pakistan and PILDAT. NAB has introduced the mechanism of Combined Investigation Team (CIT) comprising two investigation officers, one each legal and financial consultant, which works under the supervision of director and DG concerned in order to benefit from collective wisdom. NAB has established a Forensic Science Laboratory, which improves the quality and standards of inquiries and investigations. The laboratory provides services of analyzing digital forensic, question documents and finger prints. He said that NAB is the only institution in the world which has inked MoU with China. An MoU had also been signed with Higher Education Commission (HEC) for disseminating implications of corruption among youth. Pakistan is the first chairman of SAARC Anti-Corruption Forum. NAB ordinance entrusted NAB the responsibilities of eradication of corruption and to recover looted money from corrupt elements.

NAB has so far recovered Rs 466 billion and deposited the amount into national exchequer. The conviction ratio of NAB is 68.8 percent which is the best as comparing to other such institutions which is pride for NAB.