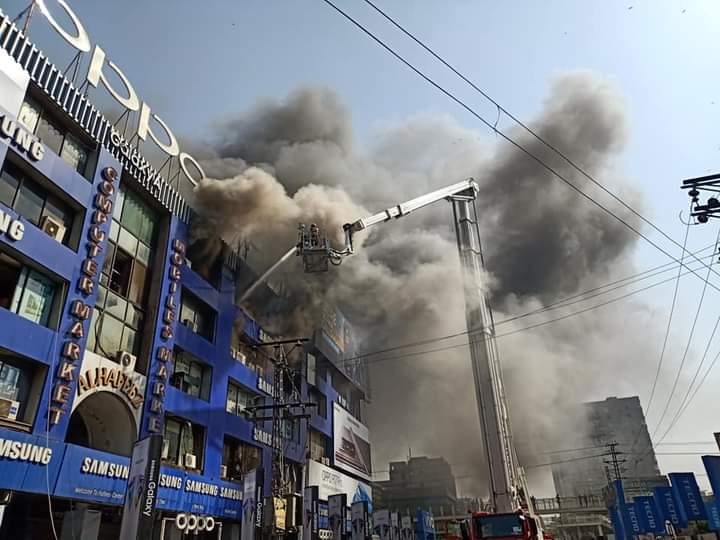 The fire brigade was called soon after the fire broke out around 6:00 Am.

Chief Minister Usman Buzdar is reportedly in constant contact with the Commissioner Lahore Division and rescue officials to ascertain the situation.

Everything in the electronic market has been destroyed, rescue workers say. The value of the mobile phones, laptops and other electronics in the market is reportedly in the millions of rupees.

Firefighters say they cannot determine how long it will take to extinguish the fire, as it keeps increasing. Plastic and metal within the building and strong winds outside are making it difficult for firefighters.