Literature for the ages 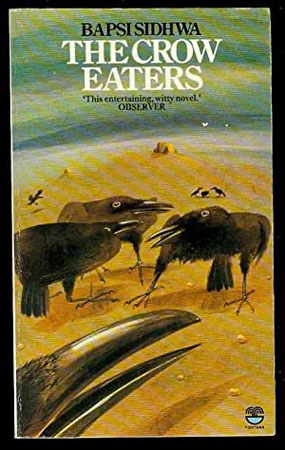 Pakistani literature has progressed with leaps and bounds over the last many decades.

Three distinct streams comprise our literature. First, there is the regional language literature that has been emerging from villages and towns. Second, the Urdu literature – that has dominated the literary façade of Pakistan in the form of prose and poetry even before the partition of the subcontinent. Third, the English literature that emerged globally from Pakistan during the late 1990s and early 2000s but had its roots embedded into the country’s literary fabric for decades.

The regional literature becomes the foundation to build higher levels of literature in other languages. This literature – with its fables, stories, poems, and songs – reflects the cultural and traditional elements of society and communities at large. At the regional level, Sindhi writers emerged in the subcontinent following the Second World War. These included Gobind Malhi, Sundri Uttamchandani, Dr. Moti Prakash, Tariq Ashraf among others. When it comes to promoting Pashtu literature, Amir Kror Suri, holds a noticeable position by becoming the first poet of Pashto language. Other proponents include Pir Roshan, who wrote Khayr al-Bayan, to present his philosophical ideas; Shaikh Mali, who narrated the Yusufzai conquest of Swat, and poet Khushal Khan Khattak, who united the Pashtuns, to name a few. Some of the prominent Punjabi writers emerging from Pakistan include Najm Hossein Syed, Fakhar Zaman, and Afzal Ahsan Randhawa. Zaman and Randhawa, in particular, strived to present and rediscover Punjabi identity and language in Pakistan during the post-separation era of the subcontinent. Among the literati from Baluchistan include Attah Shad, Murad Awani, Sayeed Zahoor Shah Hashmi mong others who brought political awareness among the readers. Munir Ahmad Badini, recipient of Pride of Performance, has produced several books covering a wide range of topics.

When discussing Urdu literature, we have writers who have written from the depths of their hearts. Saadat Hasan Manto, Qudratullah Shahab, Bano Qudsia, Ashfaq Ahmed, Wasif Ali Wasif, Mumtaz Mufti, Ibn-e-Insha among others, produced such stories and novels with meticulously carved sentences that highlight their opinion and send readers into introspection. During the 1990s and 2000s, a new breed of writers emerged from Pakistan. They chose English as their medium of expression and brought to fore various stories representing our society, culture, and ideas. Shahid Suhrawardy, Ahmed Ali, Alamgir Hashmi, Taufiq Rafat, Daud Kamal, Maki Kureishi, Zulfikar Ghose were the early proponents of English literature in Pakistan. Bapsi Sidwa’s The Crow Eaters made her a popular name in literature while Hanif Kureshi’s novel, The Buddha of Suburbia earned him the Whitbread Award. Until then, English literature was confined to a few genres. This changed in 2000 when Mohsin Hamid released Moth Smoke that won the Betty Trask Award and was a finalist for the PEN/Hemingway Award. He then released The Reluctant Fundamentalist heralding the change in the literary landscape. By the 2000s, English writers from Pakistan were earning national and international recognition.

Mohammad Hanif’s A Case of Exploding Mangoes is a fictional spin on politics and Daniyal Mueenuddin’s In Other Rooms, Other Wonders is a take on a patriarchal landlord. In recent years, young authors have come up with novels reflecting on themes other than the tried and tested ones.

Home Boy by HM Naqvi is a commentary on collective identity while Nobody Killed Her by Sabyn Javeri is a political thriller. The Fix by Omar Shahid Hamid narrates how match-fixers overshadow cricketers while Karachi, You’re Killing Me! by Saba Imtiaz shares the irrationalities the protagonist, Ayesha Khan, faces when juggling between her life and career. Faiqa Mansab’s This House of Clay and Water discusses how the protagonist endeavors to discover her dignity. Nadya A.R, in her novel, Invisible Ties discusses Noor Kamal’s personal and marital challenges. Sana Munir in Unfettered Wings shares short stories about the challenges her female characters face that resonate with feminine fortitude. Taha Kehar in Typically Tanya shows the life of his female protagonist’s personal and professional difficulties. Awais Khan in his novel, In the Company of Strangers shows how the female protagonist aspires to be free despite being living amid luxuries. It is heartening to see that literature in many forms covering a variety of genres is being produced from Pakistan. In this regard, publishers such as Dastaan, Auraq and Guftgu are doing a commendable job by providing avenues for aspiring writers to showcase their work at the national and international levels.