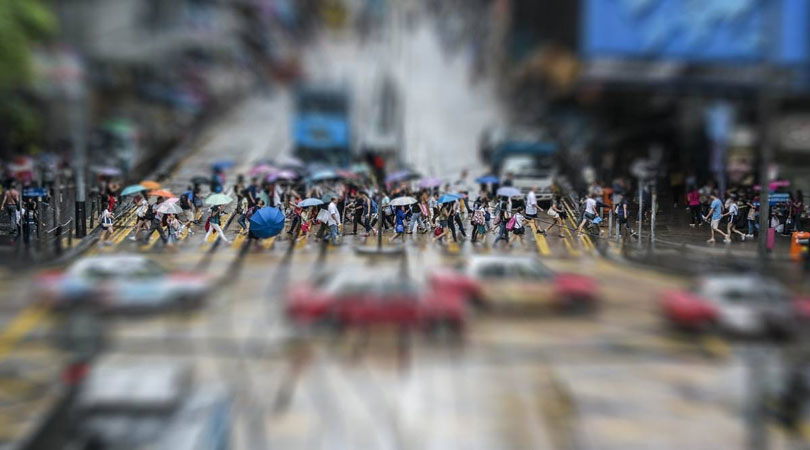 In the era of COVID-19, travelling has become a strange and a dangerous affair. Most countries continue to keep their borders shut, for fear of more cases than the ones they are already dealing with, domestically. As such, in a way to promote tourism and revive economies, they are beginning to create safe bubbles with other countries.

While it was previously reported that India has made a safe travel bubble with island nation Maldives, it has recently been learnt that Hong Kong and Singapore, too, have decided to open their borders to each other, for the first time in over seven months. According to The Independent, Asia’s two big financial hubs have got into a travel pact with each other — to relax some travel restrictions for people of both the nations, and some visiting travellers — so as to create ‘world’s first reciprocal travel bubble’.

The outlet reports that Hong Kong’s Commerce Secretary Edward Yau and Singapore’s Transport Minister Ong Ye Kung issued a joint statement saying “travellers under the scheme would only need to present a negative COVID-19 test result to be allowed to travel freely on dedicated flights”. The details of the scheme, however, like the launch date, are yet to be announced.

“It is a safe, careful but significant step forward to revive air travel, and provide a model for future collaboration with other parts of the world,” Ong Ye Kung was quoted as saying.

“This is a milestone in our efforts to resume normalcy while fighting against the long-drawn battle of COVID-19,” Edward Yau said in the statement.

While Hong Kong had banned the entry of all non-residents in March, at the beginning of the coronavirus outbreak, this pact with Singapore is its first attempt at creating a safe travel bubble as cases begin to fall. Singapore, however, has eased restrictions for essential business and official travel for countries like China, Japan and South Korea.

In conjunction with this announcement and to inspire visitors to explore Hong Kong from all angles, the Hong Kong Tourism Board (HKTB) has launched 360 Hong Kong Moments — opening up the city virtually by way of wholesome and immersive content, designed to remind the world what a wonderful and all-encompassing destination Hong Kong is.

Dr YK Pang, Chairman of the HKTB, said in a press statement: “We welcome the SAR Government’s announcement of the in-principle agreement to establish a bilateral Air Travel Bubble between Hong Kong and Singapore. The announcement is a timely match with the HKTB’s launch of a standardised hygiene protocol for tourism-related sectors with the Hong Kong Quality Assurance Agency, which was announced last week.

“The protocol allows the tourism-related sectors to be well-prepared to welcome visitors back, while bolstering visitors’ confidence in travelling to Hong Kong. The HKTB also hopes that the ongoing series of 360 Hong Kong Moments will keep our destination brand alive and ensure that our city stays top-of-mind for people around the world before other travel bubbles are formed.”

First in the series of 360 Hong Kong Moments is a 360-degree virtual-reality film, created for this year’s Great Outdoors Hong Kong campaign. The VR adventure takes viewers on an immersive journey across Hong Kong’s surprisingly easy-to-access green territory. Viewers can savour the taste of traditional local dishes that connect them with the city’s cultural heritage, gaze at the mesmerising skyline from atop stunning mountains, and listen to the soothing sounds of a waterfall.

Australia and New Zealand, too, have agreed for a travel bubble beginning this week. The arrangement is not reciprocal, meaning quarantine-free travel will only be allowed for those travelling to Australia from New Zealand and not vice versa, per The Independent report.