Structural reforms must for resolution of problems: Siraj 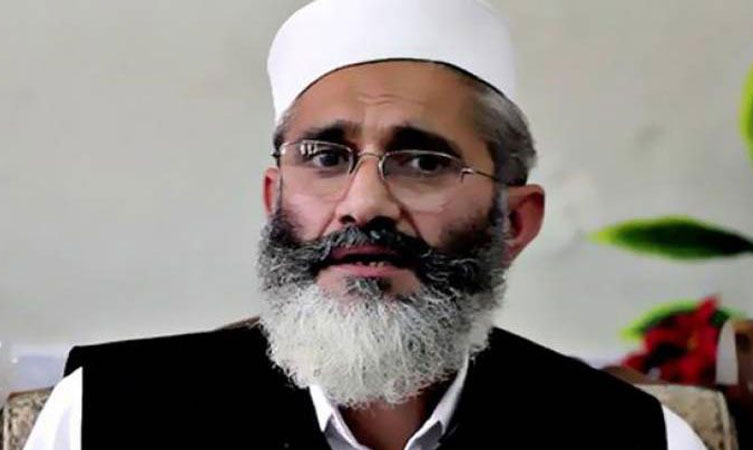 Ameer Jamaat-e-Islami (JI) Pakistan, Senator Sirajul Haq has said that people of Pakistan remained the most neglected party in past 73 years under so-called democratic set-up and military dictatorships.

Addressing the JI workers at Mansoora on Saturday, he said masses were no more ready to bear the corrupt elites who did nothing for the public welfare but looted the country’s resources during their turns in power. Siraj said, “Change of faces is no more solution to the problems of Pakistan. There is need to introduce structural reforms and change of entire system.”

To achieve the goal, he said, the people should take stand for their rights and vote for the honest and dedicated leadership to power. The Senator said that PTI made tall claims to change the destiny of the people, bring back looted money from abroad, end poverty and build the economy. Yet, he added, the present regime failed to take a single step in past two years in right direction, leaving the masses in a desperate situation.

Thousands became jobless and princes of the basic commodities touched the skies due to bad economic policies of the government, the JI chief said, adding a tinted and political motivated accountability drive further destroyed the rulers’ image in the eyes of the public and even the PTI’s own supporters.

Siraj said that the economy was in control of the IMF and World Bank, foreign policy was stagnant and Islamabad failed to fight for the Kashmir cause. It had been proved that the incumbent government was incapable and lacked capacity to put the country on right track. People, he said, had already tested the other parties and reached to the conclusion that the ruling elite were not interested in public welfare. In the overall situation, he said, the JI was the only option left with the people. He vowed that the JI would transform the country into real Islamic welfare state if voted to power.