Klopp baffled by VAR, upset at injuries in derby draw 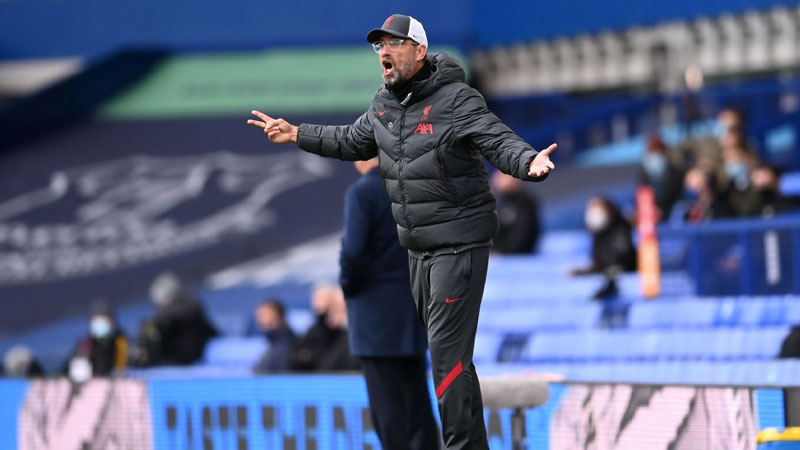 LIVERPOOL: Liverpool manager Juergen Klopp was left baffled by the offside decision that cost his team victory in the Merseyside derby and concerned about two key injuries suffered in the 2-2 Premier League draw with Everton on Saturday.

The champions thought they had won the game with a stoppage- time goal from Jordan Henderson but a VAR review found the narrowest margin of offside and cancelled out the potential winner.

Liverpool also had Dutch defender Virgil van Dijk taken off with an injury early in the game and Spanish midfielder Thiago Alcantara picked up a knock from a wild challenge by Richarlison which resulted in a red card for Everton’s Brazilian. “I am a real support of VAR. (Last season) the armpit was offside. Now, there is no armpit offside, everyone tells me it was not offside but it does not lift my mood. We lost one player with Virgil and maybe another with the red card. Not our day,” he said. The German said his players had watched the VAR incident back on a laptop in the dressing-room but did not understand how the decision was made. Van Dijk was hurt in the seventh minute due to a wild challenge from Everton keeper Jordan Pickford, after the referee blew for offside. The England goalkeeper was not even cautioned for the lunging attempted tackle. “Virgil, it is not good,” said Klopp, who defined Pickford’s actions as “not a challenge the keeper can do”.