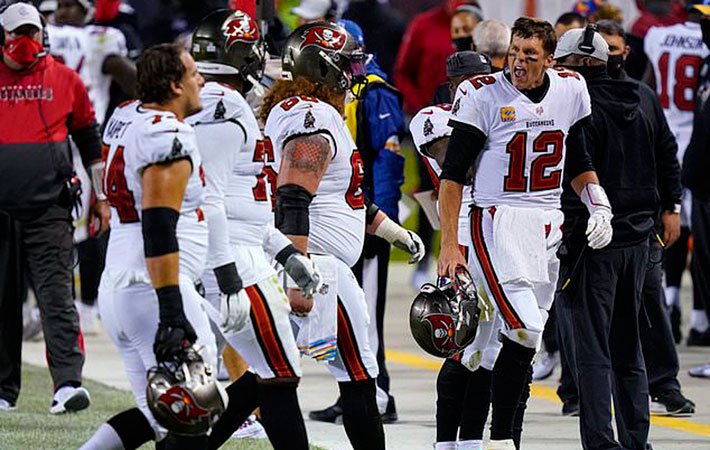 Hey old-timer, what are you still doing on an NFL field? Guaranteed no one is asking that question to the quarterbacks in the bays: 43-year-old Tom Brady in Tampa and 36-year-old Aaron Rodgers in Green Bay. The two future residents of Canton, Ohio – at least their busts in the Pro Football Hall of Fame, that is – spice up the Packers-Buccaneers game Sunday in Tampa.

And who says these quarterbacks are old? Certainly not Buccaneers coach Bruce Arians, who has worked with some of the best – young or old – throughout the decades. “Barring major injury, I think these guys can play until they´re 45, as long as their arm holds up,” he says. “With sports science and all the stuff that these guys are doing to stay in shape and keeping their arms strong, I don´t see – unless their legs go -why they couldn´t play until they´re 45.”

Rodgers, whose Packers (4-0) have been the most fundamentally sound team in the NFL so far on both sides of the ball, is 1-1 against Brady. He’s a big fan of Brady’s.

“He´s kind of always been ahead of the field with his footwork and just his dedication to what he´s doing,” Rodgers says. “He really cares about it obviously. He cares about taking care of himself and trying to get to 45, it looks like. And he´s gonna get there.” The Packers have won their past nine regular-season games. They are the first team in NFL history to score at least 150 points and commit no turnovers through the first four games of a season. Tampa (3-2) is ranked No. 1 against the run, No. 2 overall on defense. The unit has held opponents to less than 50 yards rushing the past three weeks. The 2016 Packers were the last team to do that in four consecutive games.