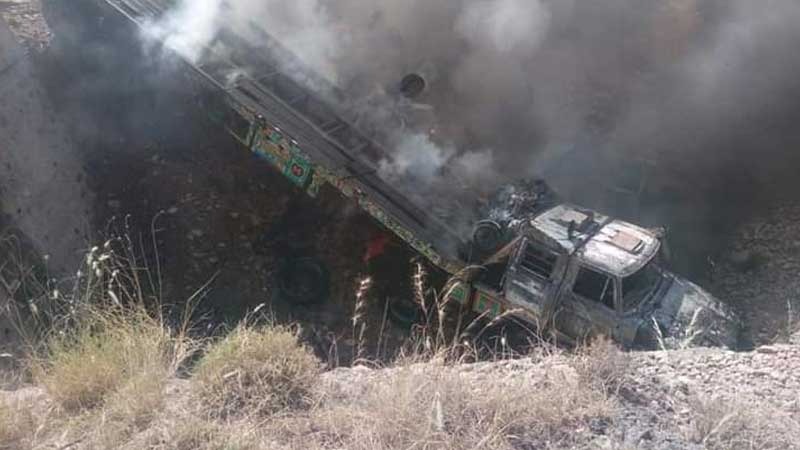 Security forces and local police arrived at the site of the incident and cordoned off the area. A search operation has been launched to arrest the culprits.

Rescue 1122 officials said that they reached at the site of the incident and doused off the fire.

The drivers remained safe as they were allowed by the armed men to disembark from their trailers before the transportation vehicles were sprinkled with petrol and put on fire, officials said.

They said that the perpetrators of the crime escaped after the incident and police reached the spot later on. Officials said that an investigation had been launched in the incident, adding that they had not received any threat from any outlawed group about attacks on Nato convoys.

Militants had bombed and torched Nato supply vehicles and oil tankers and killed over 100 drivers and transporters prior to the start of Zarb-i-Azb military operation in June 2014.