Pakistan and China are all-weather friends, who have stood by one another in times of hardship, and their partnership during the COVID-19 period has been exemplary, Pakistan Ambassador to China, Moin ul Haque said on Saturday. 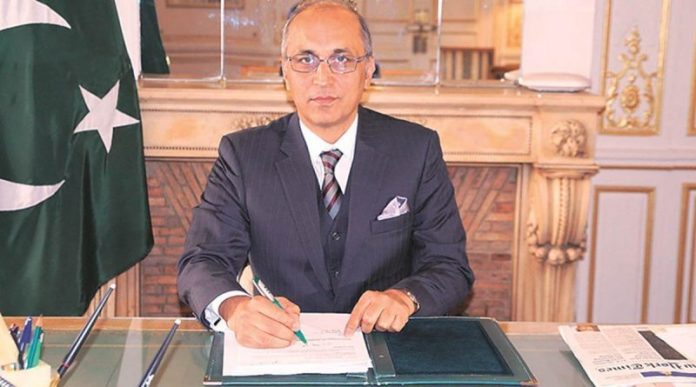 According to the ambassador, when the coronavirus first hit China, Pakistan stood by China, sending a plane loaded with much-needed supplies, and the Pakistani president undertook a solidarity visit to China in March.

“By the time COVID-19 started spreading in Pakistan, China came to help us in a big way,” the ambassador said in an exclusive interview with China.org.cn. “We are grateful to China for providing critical support to Pakistan in these difficult times.”

Pakistan and China are now cooperating on the development of COVID-19 vaccines, for which phase-3 clinical trials are being conducted jointly by pharmaceutical companies from both countries in Pakistan, Haque said.

The construction of the China-Pakistan Economic Corridor (CPEC) has attracted much attention from both inside and outside the two countries.

The ambassador described the CPEC as a flagship project of the Belt and Road Initiative (BRI), and a strong pillar of China-Pakistan relations.

“It is a mega project of infrastructure development, energy, transport and telecommunication,” explained Haque. “In Phase II, we are going to focus on the areas of agriculture, industry, IT, science and technology, and tourism. Special focus would be on socioeconomic development and poverty alleviation.”

This new important dimension of industrial cooperation under the CPEC will greatly help businesspeople and investors from both countries, the ambassador said.

In recent years, Chinese and Pakistani authorities have worked on multiple cultural and educational exchange programs to strengthen bilateral ties.

“We have also established a number of Pakistan Study and Urdu Language Centers at many leading universities in China,” explained the ambassador. “Similarly, there are a number of Confucius Institutes in Pakistan.”

These student exchanges and institutional links are an important component of bilateral cooperation and help promote better understanding between the people of the two countries, Haque added.

This year marks the 75th anniversary of the founding of the United Nations.

The ambassador said that Pakistan and China have always supported conducting international relations based on the U.N. Charter, and standing against unilateralism.

The ambassador explained: “The COVID-19 crisis with its global spread and impact has once again highlighted the importance of collective efforts and approach.

No country alone can address critical challenges like health, pandemics, climate change and poverty. The international community has to work together for the sake of the collective good of humanity.”

Haque stressed that as responsible countries, China and Pakistan will work together to promote international peace, solidarity and cooperation.

He also spoke highly of China’s success in combating poverty. “In the process of opening-up and reform, China has lifted 800 million people out of poverty.

It has restored the dignity of its people with the provision of basic needs such as clean drinking water, decent work, housing and education. It is an unparalleled achievement in human history.”

According to the ambassador, Pakistan is also focusing on socioeconomic development, and has undertaken wide-ranging poverty alleviation programs inspired by Chinese achievements. “We are learning from China’s experience and taking required reforms to eliminate poverty from our country.”

Pakistan highly appreciates the continued efforts made by China, one of the five permanent members of the U.N. Security Council, for an equitable and just rule-based global system, he added.

Next year marks the 70th anniversary of the establishment of diplomatic relations between Pakistan and China. The ambassador said the two countries are “Iron Brothers,” and stated that dozens of high-level events and activities will be held to commemorate the special nature of the relationship.