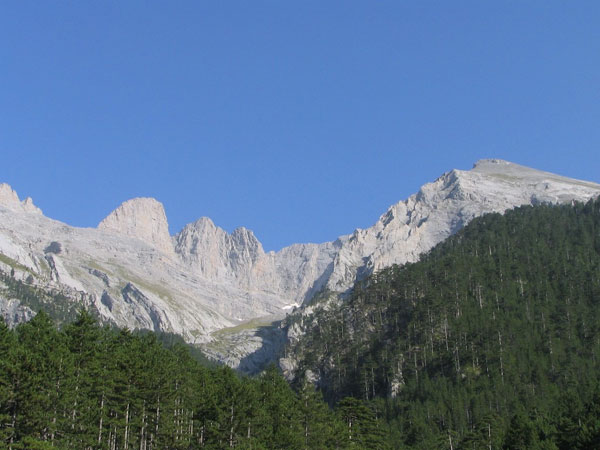 A Greek university student with disabilities has achieved her lifelong ambition of reaching the summit of Mount Olympus, Greece’s highest peak strapped to the back of a friend. Eleftheria Tosiou, who has been wheelchair-bound all her life, was carried to the summit on Oct. 5 mainly by Marios Giannakou, a long-distance endurance runner who has already scaled the 2,917-metre high mountain about 50 times. Two other friends helped carry Tosiou some of the way but Giannakou covered the most difficult stretches, including the final approach to the summit. “The feelings were very intense,” said Tosiou, 22, who is a biology student and a fan of extreme sports. “I was happy, I was moved… In the end it was most intense when we came down, and realised what we had done,” she said. Tosiou and Giannakou, 28, both from the northern Greek town of Drama, met for the first time in September through a mutual friend and she told him of her dream. With winter approaching, Giannakou, who has run ultramarathons and endurance races in places as diverse as the Arctic and the desert, had to move fast to assemble a small team before the onset of snow. “There were many difficulties. It was a project that was taking place for the first time.