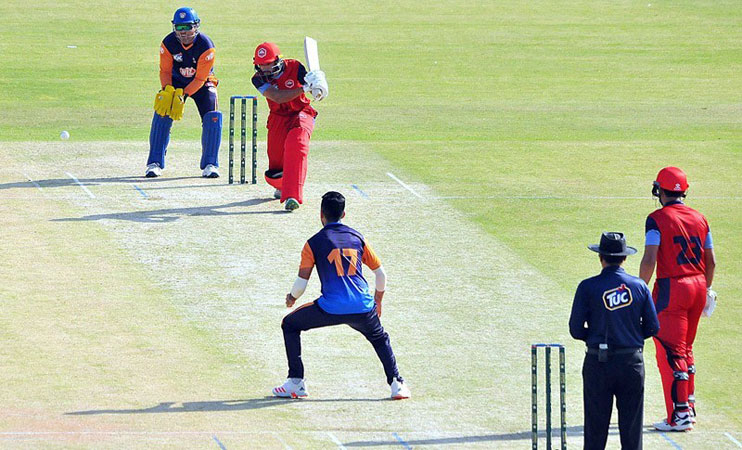 RAWALPINDI: Southern Punjab continued their fine resurgence in the National T20 Cup for First XI teams as they recorded their third win to stay in the hunt for a semi-final spot in the 28th match of the tournament played at the Pindi Cricket Stadium here on Thursday night. The Shan Masood-led outfit scored a thumping 70-run victory over Sindh who have already secured one of the four semi-final spots. Sindh finished their 10-match league round with an even win and loss record of five wins and five defeats which earned them 10 points. On Thursday night, Sindh’s 192- run chase got off to a poor start. Sindh crashed to 93 for six in the 13th over. The Sindh tail failed to wag as they folded for 121 runs in the 17th over giving

Southern Punjab a 70-run victory which has helped them improve their net-run-rate significantly. Earlier, Sindh asked Southern Punjab to bat first. Southern Punjab were rescued by the pair of man-of-the-match Sohaib Maqsood and Khushdil Shah, the two added 121 runs for the fourth-wicket partnership in only 65 balls. Aamer Yamin contributed 24 off 17 balls (two fours, one six) as Southern Punjab posted a formidable total of 191 for six at the end of their 20 overs..