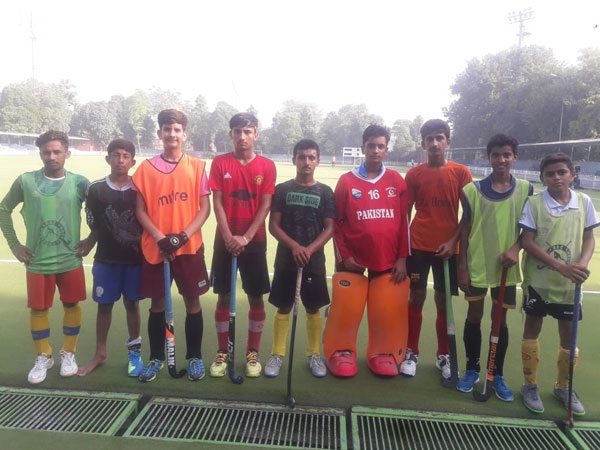 LAHORE: Pakistan’s premier hockey nursery Dar Hockey Academy has recently picked up 10 new boys aged 13-15 years from different parts of the country: Three each from Pir Mahal (district Toba Tek Singh) and Farooqabad (district Sheikhupura, and one each from Pattoki (district Kasur), Fort Abbas (district Bahawalnagar), Khushab and Sukkur. They are provided with free boarding and schooling in Lahore. The boys train six days every week at the National Hockey Stadium Lahore. The colts are also provided with competition, the academy teams play matches against sides from Lahore and outside. As their game shows improvement over the period of time, most of them gain selection in the departmental and provincial teams for the national junior championships. Then many are taken up by the departments offering them monthly salaries. These players vacate the academy hostel. The academy replaces them with new young players scouted from all over the country. In this manner, the Dar Hockey Academy`s Conveyor Belt functions.