Misbah should have continued as chief selector: Aaqib 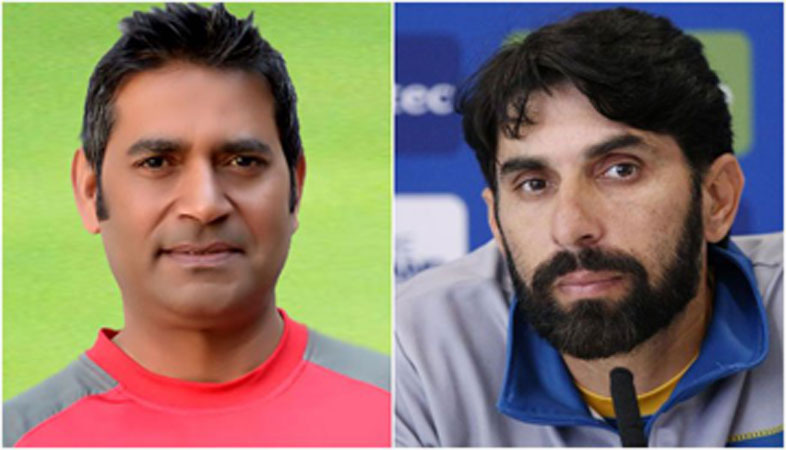 LAHORE: Pakistan’s former pacer Aaqib Javed has said that former captain Misbahul Haq should have stepped down as the head coach instead of the position of chief selector of the national side. The 48-year-old believed that Misbah did not have a very bright future in the coaching department. “Keeping Misbah on as the head coach instead of as the chief selector was a big mistake. The former captain is better suited in the role of chief selector. Misbah does not have a great future in terms of coaching. In the past, experiments like these have failed miserably. We might be headed towards further destruction,” Javed said.

“They first made a mistake by appointing Misbah in the dual role and now they have made the second mistake by keeping him as the head coach instead of as the chief selector. He is aware of the talent pool of youngsters. He could have found new talent by watching their matches and performances. Nobody in the world appoints an individual as the head coach for a national side without any prior experience,” he added.
The former pacer stated that inexperience made Misbah make various mistakes that have cost the side.

“Experience plays an important role. When I worked as a full-time coach at the National Cricket Academy (NCA), without being a part of the system, I brought players like Mohammad Amir, Wahab Riaz and Mohammad Irfan from obscurity to the limelight. I have discovered new talent working with Lahore Qalandars,” he said. “Inexperience led to Misbah making wrong decisions in the series against Sri Lanka. He couldn’t handle the pressure after the defeat either. They threw out Sarfaraz Ahmed after some losses and made Azhar Ali the captain. Misbah does not know which direction to take,” he added.