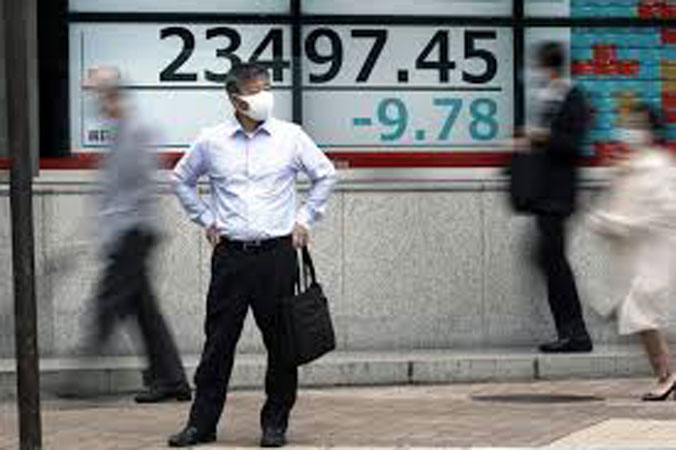 Asian shares were mixed on Friday as investors weighed concerns about the US presidential election and an economic stimulus package, on top of fears of flaring outbreaks of coronavirus.

Investors are also looking ahead to the release of data on the Chinese economy next week.

Shares rose in Japan and China but fell in South Korea and Australia.

“Asian stocks look set for a mixed start today as traders digest the latest news on US stimulus negotiations amid a resurgence in COVID-19 cases in some parts of the world,” said Stephen Innes, chief global market strategist at Axi.

“The markets´ on again off again love affair with an impending stimulus torrent masks the fact that investor uncertainty is bristling ahead of an expected choppy period in terms of headline risk,” Innes said.

US stock indexes erased much of their early losses and closed modestly lower Thursday, extending the S&P 500’s losing streak to a third day.

Wall Street has turned cautious this week amid a confluence of worrisome trends for the economy, which is still hampered by the pandemic. Coronavirus infections are rising in Europe, prompting governments in France and Britain to impose new measures to contain the outbreak. Caseloads area also rising in the Americas and parts of Asia. In the US, investor optimism that the Trump administration and Congress will soon reach a deal on another round of stimulus for the economy has waned. Meanwhile, campaign theatrics continue, with the latest question whether the debate scheduled next week between President Donald Trump and former Vice President Joseph Biden will go ahead as planned. The clash planned for this week was called off after Trump’s bout of coronavirus. Biden has said he plans to participate in next week´s debate but that he would ask Trump to take a COVID-19 test before arriving.

Stocks have been mostly climbing this month, but have pulled back this week as ongoing talks between Democrats and Republicans on an economic stimulus package have foundered. Investors have been hoping that Washington would provide more financial support for the economy since July, when a $600-a-week extra benefit for the unemployed expired.

Investors are also watching for earnings reports from US and global companies for signing on how they are holding up amid the pandemic. A resurgence in COVID-19 cases in regions around the world will mean limits on public life, including a possible return to lockdowns that are damaging to growth.