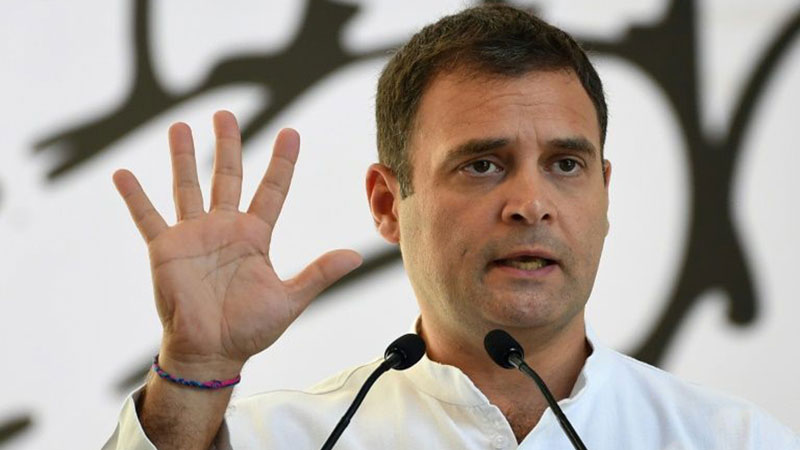 He made these remarks in a tweet, accompanied by a graph of International Monetary Fund’s (IMF) gross domestic product (GDP) projections for several countries and a wry comment: “Another solid achievement by the BJP government.”

According to the graph, Indian economy is expected to contract by 10.3 per cent this year, the highest contraction among the other countries – China, Bhutan, Pakistan, Sri Lanka, Bangladesh, Myanmar, Nepal and Afghanistan. According to Hindustan Times, this would be the biggest slump of any major emerging nation and the worst since Independence.

The IMF, in its World Economic Outlook (WEO) 2020 shared on Tuesday, cut its forecast for India’s GDP growth, which fell at its steepest pace of 23.9pc in the June quarter. It now expects Asia’s third-largest economy to contract 10.3pc for the fiscal year compared with its June prediction of a 4.5pc drop. Gandhi, following the IMF report, had tweeted, “Solid achievement of six years of BJP’s hate-filled cultural nationalism: Bangladesh set to overtake India.”

India’s tally of coronavirus infections stood at 7.37 million on Friday, having risen by 63,371 in the last 24 hours, health ministry data showed. Deaths from Covid-19 infections rose by 895 to 112,161, the ministry said.

India crossed the 7 million mark on Sunday, adding a million cases in just 13 days. It has the world’s second-highest tally after the United States, where the figure is nearing 8 million. But some experts say that India’s tally may not be reliable because of poor reporting and inadequate health infrastructure. India is also relying heavily on antigen tests, which are faster but less accurate than traditional RT-PCR tests.