Brazilian Senator Chico Rodrigues was caught in a police raid with money hidden between his buttcheeks on Wednesday, a judicial source briefed on the matter told Reuters, amid an investigation into the misuse of COVID-19 response funding.

In the senate, Rodrigues represents the northern state of Roraima and had also been chosen as deputy leader for the agenda of the administration of President Jair Bolsonaro, who won the presidency campaigning heavily on ending the corruption of previous governments. 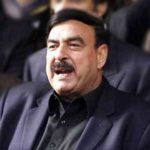