Pre-conditions set by Pakistan benchmark for any talks with India: Moeed 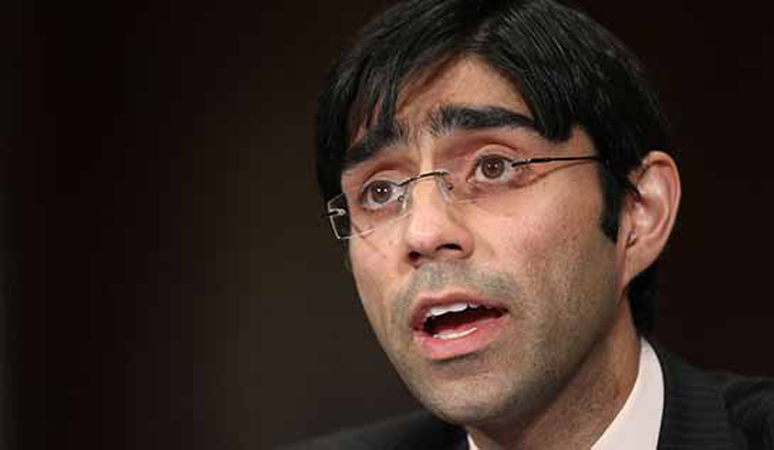 Special Assistant to the Prime Minister (SAPM) on National Security and Strategic Policy Planning, Dr Moeed Yusuf on Friday said India was stuck in a difficult position in Indian Illegally Occupied Jammu and Kashmir (IIOJK) and “unable to figure out what to do. ”

Its move of August 5, 2019 had expectedly backfired and it had lost Kashmir for all practical purposes, Dr Moeed said in his exclusive interaction with APP. “The future of Kashmir dispute is that India will have to hold plebiscite as per the United Nations (UN) Resolutions to give Kashmiris their just right to self-determination as there is no other workable solution to the issue,” he said. “There is a list of things (pre-set conditions) that India will have to do by force, due to Kashmiris or do it voluntarily and come to the table and have a conversation so that both countries can move forward.”

The SAPM emphasised that the pre-conditions, set by Pakistan, were the benchmark for any dialogue process with India, if it was serious to hold talks on Kashmir. The first question to any such Indian proposal was that either it was serious or not and if India could fulfill the pre-requisite.

To a question, he said: “We stand on our principled stance about the 73-years old dispute and no overnight change could be expected on IIOJK. But, we are aggressively countering the narrative that India used to sell to the world which is not being accepted now.”

He said the sort of pressure India is under and the negative publicity it has received in western media had not happened for many decades. “The efforts by Pakistan and Kashmiri diaspora are bearing fruit and things are changing in a propitious way.”

With regard to the domicile issue in IIOJK, Dr Moeed categorically stated that Indian move to provide domicile to non-Kashmiri residents was illegal which the UN framework did not allow, adding, “If a plebiscite is held tomorrow, none of them will be considered and any plebiscite would be carried out on the position when there were no forced demographic changes in IIOJK. The UN is responsible for ensuring free and fair plebiscite.”

In his comments on National Security Threat, he said such issues were based on timelines as they vary from short-term to long-term scenarios.

He said :”If the question is of present (in the short-run), then India and lack of peace in Afghanistan are national security threats to Pakistan.” In the long-run while moving forward, climate and security, food and energy and water were the perils to national security, he added.

Dr Moeed Yusuf said that there was a trust deficit in Afghan leadership where Pakistan also remained skeptical at times as there had been issues because Afghans did not pay heed to its narrative. “India has been employing Afghan territories against Pakistan and created misunderstandings but now Pakistan has managed to improve the situation.

The Afghan leadership has come to realize that it was only Pakistan that could have helped get the Intra-Afghan Peace process to its present shape and would assist in its meaningful conclusion.”

When asked about issue of firing from Afghan side on Pakistani check posts, the SAPM said the matter was raised at relevant forums from the day one where all parties including the US and interlocutors of peace process were apprised. “It is just a senseless loss of lives that takes place whether there has been any issue or not because only innocent people have been killed.”

Due to Afghanistan’s history which for the past four decades remained in war including the Soviet conflict, civil war and the US occupation that turned the situation so fluid, that everyone involved in the Afghan region, tried to take advantage of the situation.

“India’s main ambition was to undercut Pakistan which we knew and therefore India seeped into Afghan institutions and started initiating hostile activities against us.”

Since, India was a major country in the region and approached the US against Pakistan and to exploit the Afghan government that gained power after ousting the Taliban regime. “India is still conspiring to harm Pakistan’s peace and security and I have given its proofs a day earlier to the Indian journalist Karan Thapar,” he added.

He said, “Every conflict was bad and Pakistan did not believe in India’s fake two-front war narrative and that was why had done nothing to increase her pressure. It was India who wants to impose war in the region to divert global attention from China-India conflict and her mass human rights abuses in IIOJK.”

“But if they tried to test us, then the response will be even bigger than the one demonstrated last year. Pakistan is a responsible state and will never allow any move to jeopardise regional peace and security.”