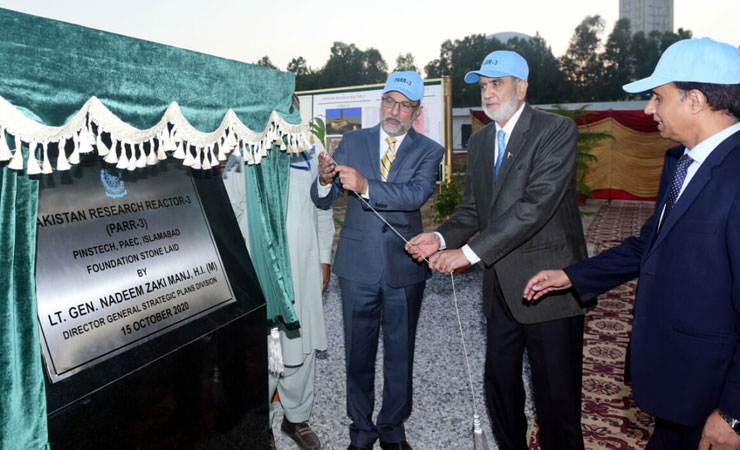 DG SPD Lt General Nadeem Zaki Manj laid down the foundation stone of expansion work at Pakistan Institute of Nuclear Science and Technology (PINSTECH) here. Chairman PAEC Muhammad Naeem along with Members of the Commission were also present on the occasion. The expansion work would contribute towards Pakistan’s ability to produce isotopes for medical use especially for the preparation of radiopharmaceuticals for cancer patients while also helping the country in its aspirations in other applications of peaceful use of nuclear technology and other avenues of research and development.

All the components of the expansion project have been designed and produced through indigenous efforts and will be complete by national capabilities. PINSTECH is a premier R&D institute in the area of nuclear and allied technologies, established in 1965 and houses Pakistan’s first research reactor. International Atomic Energy Agency IAEA and European Atomic Energy Center CERN has close collaboration with PINSTECH. DG SPD, Lt. Gen Nadeem Zaki Manj has lauded the efforts of PINSTECH scientists and assured Chairman PAEC, Muhammad Naeem to extend his full support towards completion of this extension projects at PINSTECH.