Cardi B reveals she’s back together with Offset 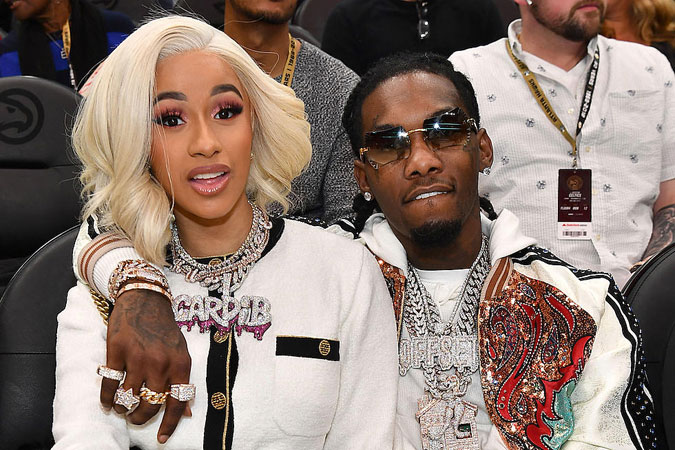 Cardi B and Offset are officially on. After a rollercoaster year of ups and downs, the “WAP” rapper declared that she’s back together with her formerly estranged husband.

Cardi filed for divorce on Sept. 14, stating that the pair’s marriage was “irretrievably broken” and that there are “no prospects for a reconciliation.” That no longer seems to be the case.

On an October 13 Instagram Live, she explained why she’s back with her ex, who she shares 2-year-old daughter Kulture with

On an Oct. 13 Instagram Live, she explained why she’s back with her ex, who she shares 2-year-old daughter Kulture with.

After that NSFW declaration, she added that what she and Offset have is as “dysfunctional” as any other relationship—their romance is just “more public.”

The news comes after Cardi and Offset were spotted getting close at the Bronx native’s star studded 28th birthday party in Las Vegas on Oct. 10.

The day after the two got steamy at Cardi’s party, Offset gushed over his wife on Instagram.

“HAPPY BIRTHDAY @iamcardib you are amazing woman you the best! Me and Kulture are proud of you!!! [You] overcame every obstacle in front you they was all sleep at once then you woke the world up!” Offset wrote on Sunday, October 11, alongside a photo of him and the rapper. “Thank you for being 1000 percent every min I known you live it up enjoy keep f–king balling I’m lucky.”

Following the party, a source for E! claimed that the two weren’t back together yet, but it was “only a matter of time.”

“She loves the attention from him,” the insider said. “He’s trying really hard to win her back.”

Whether this reunion sticks remains to be seen, but it certainly seems like these two are having fun for now.