Most Pakistanis are in the dark about digital rights, says Nighat Dad 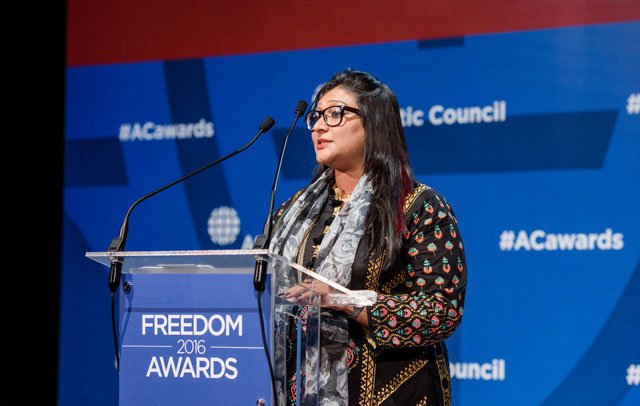 Digital rights tenets include freedom of speech, access to information and privacy, highllighted Nighat Dad while speaking to The Express Tribune. Citizens have legal rights concerning their online activity, however, due to lack of awareness, these rights are often violated without any consequences,she explained.

Nighat Dad is a human rights award winner and founder of Digital Rights Foundation. She initiated Pakistan’s first cyber harassment helpline, and has also been named as a member of Facebook’s independent Oversight Board.

Dad touched upon the importance of understanding digital rights and creating awareness amongst Pakistanis about how these rights are applied to them offline as well as online.

Covid-19 pandemic has shifted the whole world to cyberspace, from getting educated, working, shopping, and even paying bills, nearly everything is being done online. Hence understanding the tenets of cyberspace is important.

Pakistan is only just beginning to grapple with what violent notions of honor mean for women online, in a country where internet penetration is at 22% and growing, but digital literacy is low.
According to Ijaz Ahmad Shah, Ministry of Interior, cybercrime cases were on the rise and the authorities concerned could manage to convict only 14 accused in the last five years evidently depicts that justice moves at a snail’s pace in Pakistan.

Dad also spoke about the Prevention of Electronic Crimes Act (PECA) which was passed in 2016, it contains some provisions that safeguard people against digital rights violations.

For example, if someone is being harassed online they can report to the Federal Investigation Agency(FIA) Cybercrime wing, which specifically takes action against online predators.

In Pakistan there have been incidents where men have attacked women for using the internet in ways that much of the rest of the world considers normal, such as publishing photos of themselves on a Facebook page.

Dad’s helpline now receives up to 20 calls a day and the number is increasing and many calls are about the non-consensual publication of people’s intimate images.

She explained the legal consequences behind the non-consensual use of internet images, hence if someone’s personal data is being used to blackmail them, that can be reported.

There is a lack of awareness with regards to online defamation as well, which was brought to the fore especially following the Ali Zafar saga.

Dad stressed the importance of transparency and accountability of law enforcement agencies such as FIA Cybercrime wing and Pakistan Telecommunication Authority (PTA).

According to Section 53 FIA needs to report to the parliament twice in a year, however, since 2016 this has happened two times only, Dad pointed out, adding that this goes to show the oversight mechanism is weak.

Finally, Dad emphasised on the need for a robust judicial system, so justice can be delivered on time, especially for women in in Pakistan’s digital landscape.