Global stocks slide over worries of US aid 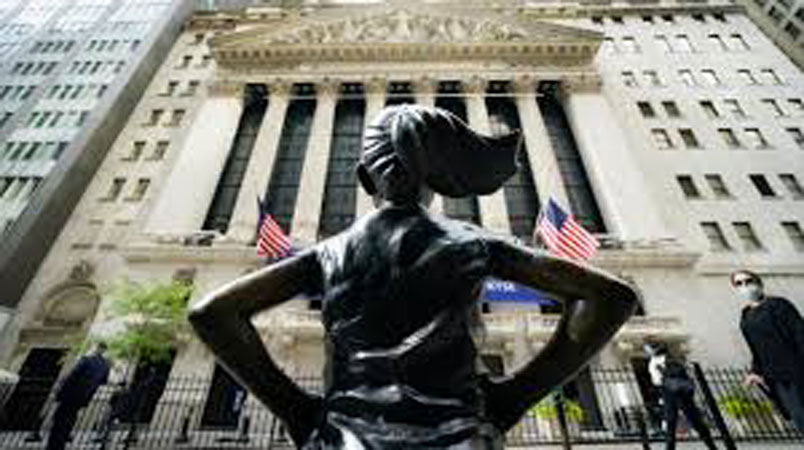 Global stocks dropped Thursday as hopes faded that US leaders will agree on new economic aid before the Nov. 3 presidential election and European countries imposed new limits on businesses to contain the pandemic. European indexes led the way down with losses of over 2%. Shanghai, Tokyo and Hong Kong closed lower and futures for the Dow and S&P 500 were down 0.9% and 1% respectively. Market sentiment began to sour Wednesday after U.S. Treasury Secretary Steven Mnuchin said he and congressional leaders were “far apart” on new aid for the struggling US economy. Consumer spending, the main US economic engine, weakened after earlier additional unemployment benefits expired. Mnuchin “added another nail to the coffin on pre-election stimulus,” said Jingyi Pan of IG in a report. In Europe, the FTSE 100 in London fell 1.8% to 5,828 and Frankfurt’s DAX lost 2.7% to 12,677. The CAC 40 in France retreated 2.2% to 4,834. Fears are rising that Europe is running out of chances to control a resurgence in the coronavirus outbreak, as infections hit record daily highs in Germany, the Czech Republic, Italy and Poland. France slapped a 9 p.m. curfew on many of its biggest cities and Londoners face new travel restrictions as governments take increasingly tough actions.

The limits on public life are not as strict as the full lockdowns imposed during the spring, but will stunt or even reverse the economy’s recovery from the recession, experts say. In Asian trading Thursday, the Shanghai Composite Index lost 0.3% to 3,332.18 and the Nikkei 225 in Tokyo sank 0.7% to 12,827.82. The Hang Seng in Hong Kong lost 2.1% to 24,154.15. The Kospi in Seoul shed 0.8% to 2,361.21 despite a strong market debut by the company that manages popular South Korean boy band BTS. The group faces criticism by Chinese internet users after its leader thanked Korean War veterans for their sacrifices. Big Hit Entertainment Ltd.´s share price doubled by mid-day but ended the day close to its opening. Its market value after an initial public offering that raised more than $800 million was about $7.5 billion. In Sydney, the S&P-ASX 200 gained 0.5% to 6,210.30 while India’s Sensex lost 1.2% to 40,293.61. Thailand’s benchmark lost 1.5% after the government declared a “severe state of emergency” following a rally Wednesday by protesters demanding democratic change. Investors are looking ahead to the latest US weekly jobless claims figures, which are expected to remain elevated seven months after the viral pandemic erupted and after the expiration of federal unemployment aid for millions of Americans. Major US companies have also begun reporting quarterly earnings this week. Several have been better than expected, but the health crisis continues to cloud the outlook. In energy markets, benchmark US crude lost $1.19 to $39.85 per barrel in electronic trading on the New York Mercantile Exchange. Brent crude, used to price international oils, declined $1.15 to $42.17 per barrel in London. The dollar gained to 105.26 yen from Wednesday’s 105.15 yen. The euro declined to $1.1710 from $1.1753.