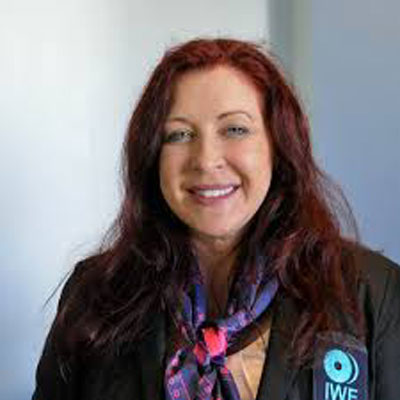 LONDON: USA Weightlifting has condemned the ‘outrageous’ ousting of American Ursula Garza Papandrea as interim president of the world governing body, warning that the troubled sport’s future was at stake. They were joined in protest by Britain’s BWL governing body, which called for the International Weightlifting Federation (IWF) executive board to stand down with immediate effect and start a new electoral process. Papandrea, who was overseeing reform at a sport that risks being dropped from the Olympics after next year’s Tokyo Games due to doping and corruption scandals, was replaced by Thailand’s Intarat Yodbangtoey on Tuesday. USA Weightlifting said it had written to the sport’s 187 member federations demanding the IWF convene an extraordinary congress by the end of November.

The American federation’s board had earlier issued a strong statement saying the removal of Papandrea and departure of interim deputy director general Phil Andrews, USA Weightlifting’s CEO, was a “dark day” for the sport. “We are disgusted and outraged that a majority of the IWF Executive Board continues to block efforts to create real and substantive change in the areas of governance, anti-doping reform and Athlete representation,” it said. “These transparently corrupt actions serve only one purpose: rewarding and empowering nations who can only win by cheating.” The BWL expressed ‘huge disappointment’ in a separate statement www.britishweightlifting.org.

“The Executive Board are clearly failing the sport, its member federations and most importantly its athletes and has done so for many years,” it said. “The ideals of clean sport and fair play are under attack. It is disheartening that a majority of the IWF Executive Board wishes to see weightlifting return to an era where cheating was the norm and the voices of clean athletes silenced.” The International Olympic Committee (IOC) said on Wednesday it was ‘very worried’ by the replacement of Papandrea, the way the decision had been taken and the chosen replacement. Thai weightlifters are banned from the Tokyo Games due to a high number of doping cases.

The BWL said seven of 19 members of the latest IWF board are from countries barred from the Olympics or able to send only reduced teams due to doping violations. The IWF said on its website that its executive board had revoked Papandrea’s appointment at an emergency meeting, without giving a reason, but said she remained a vice-president. It said the board would meet again soon to consider the position of Interim President. The IWF elected Papandrea in January after 81-year-old president Tamas Ajan, a Hungarian, resigned during a corruption probe. Ajan had been at the IWF for 44 years as general secretary and president.

Richard McLaren, the Canadian law professor whose findings in July 2016 led to Russia being banned from all international athletic competitions, including the Rio Olympics, told reporters in June that the IWF was rife with corruption. This included vote buying, doping cover-ups and $10.4 million in cash that cannot be accounted for. Ajan denied any wrongdoing.