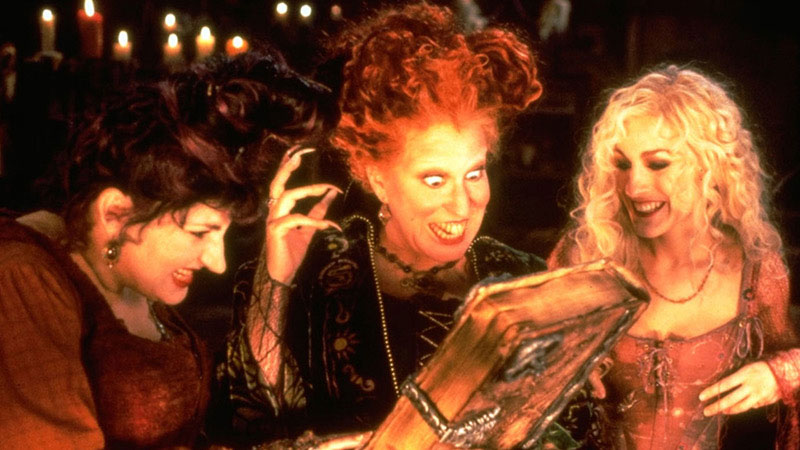 Hocus Pocus and Halloweentown are staples in any October movie marathon, but now, one fan has uncovered something that may suggest the two classics share a cinematic world. On TikTok, user @lyssalyssalyssahh spotted something major in a scene from Halloweentown II: Kalabar’s Revenge. Towards the end of the film, young witch Sophie quickly transforms someone into multiple different characters. As she’s flipping through random magical creatures, the TikToker Lyssa noticed that one looked very familiar. “Is this, or is this not, Sarah Sanderson’s exact outfit?!” the TikToker exclaimed, speaking of the witch played by Sarah Jessica Parker in the 1993 film. “Does this mean that Hocus Pocus and Halloween town exist in the same universe?” Though this Easter egg may come as a surprise to many fans, it’s not the first time someone has picked up on the connection. A 2015 article from Recycle Movie Costumes claims that this is the same costume used in Hocus Pocus, just with an altered bodice.