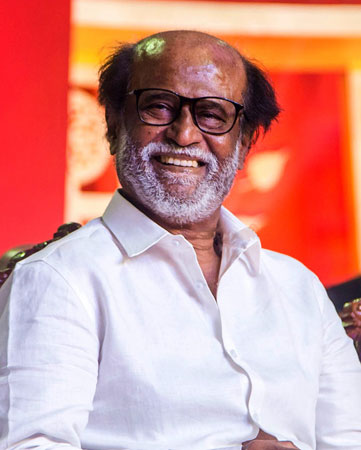 Megastar Rajinikanth took to Twitter and wrote that he could have avoided a mistake and appealed to the Chennai Corporation over a Property Tax dispute, rather than approaching the Madras High Court.

This comes a day after the HC had warned Rajinikanth of imposing costs upon him for having rushed to the court instead of sending a reminder to the civic body. He tweeted out his regret with a hashtag in Tamil, which translates ‘experience is a lesson’.

The issue pertains to a Property tax demand of Rs 6.5 lakh made by the Greater Chennai Corporation for the months April-September on the Raghavendra Marriage hall, which the actor owns.

The thespian, however, has paid the amount of Rs 6.5 lakh in question.

His counsel had stated that once the pandemic broke out and lockdown restrictions were imposed by Central and State Government, Rajini’s marriage hall had remained vacant and was not rented out since March 24th.

It was mentioned that the actor had cancelled all bookings at the marriage hall after March 24 and even refunded the advance money in line with government instructions. The actor stated that he was entitled to vacancy remission and that he had sent a notice in this regard to the Corporation on September 23 and that there was no reply.

Responding to this, Justice Anita Sumanth warned the actor that costs would be imposed upon him for having rushed to the court, hardly ten days after he had sent a notice to the Corporation. It was also added that the actor ought to have sent a reminder to the civic body.

Actor Rajinikanth’s counsel has informed the Madras High Court that they would be withdrawing the writ petition challenging the Rs 6.5 lakh property tax imposed by the Chennai Corporation, upon the Raghavendra Marriage hall that he owns.