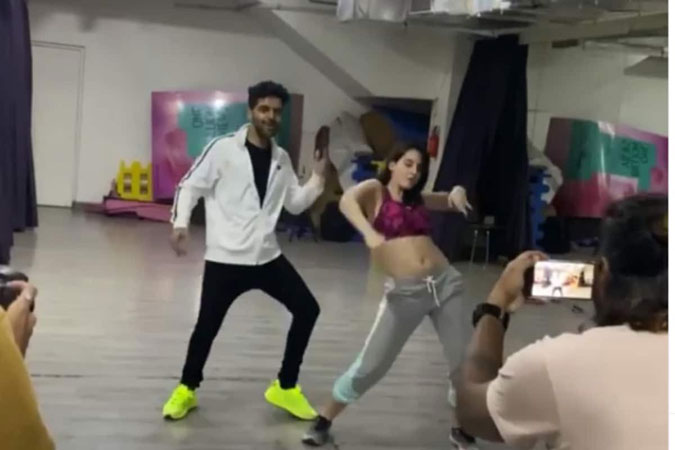 The dancing diva, Nora Fatehi took to Instagram recently and dropped a Behind-The-Scenes (BTS) dance rehearsal video with none other than Punjabi singing sensation Guru Randhawa.

So, basically, the two are coming together for a new song titled ‘Nach Meri Rani’ and ahead of the release of the track, Nora dropped the BTS dance video which has now gone viral on the internet.

Nora Fatehi wrote in the caption of the video post: OMG!! Someone leaked #NachMeriRani hookline along with the rehearsal video!! Oh Well…Now that it’s out, why not make it a HIT before the official release…lets do this! Show me ur moves and your love by making an IG reel or video on #NachMeriRani and share it with us NOW

Nora has a huge fan following of 18 million on Instagram alone and has several blockbuster songs to her credit like ‘Dilbar’, ‘Kamariya’, ‘O Saki Saki’ and ‘Garmi’ to name a few.

Nora also turned producer and singer. She was seen ‘Pepeta’ in collaboration with Rayvanny, a famous Tanzanian musician.

She was last seen in Remo D’Souza’s ‘Street Dancer 3D’ featuring Varun Dhawan and Shraddha Kapoor in the lead role.