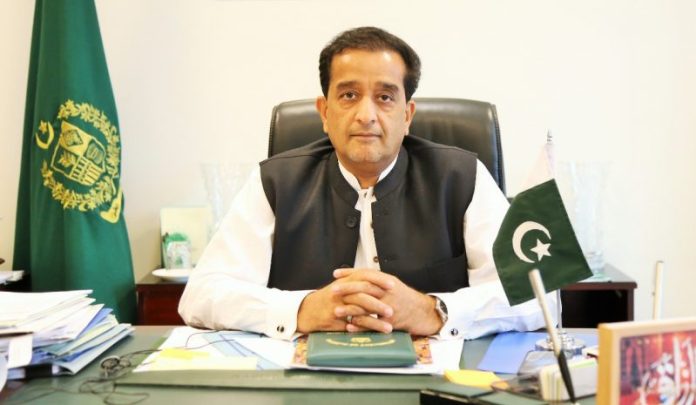 ISLAMABAD: Special Assistant to Prime Minister on Climate Change (SAPM) Malik Amin Aslam Thursday highlighted that most of the regions of Khyber-Pakhtunkhwa province were at a growing risk of urban and glacial lake outburst floods (GLOF).

In a statement issued here, he said,” The project aims to equip the KPK province and Gilgit-Baltistan region with technical know-how and technology for streamlining the communication systems between KPDMA and district disaster management authorities (DDMAs) in both GLOF risk-vulnerable areas for any unforeseen disaster situations.

The contributions of the GLOF project in protecting lives, livelihoods and public infrastructure in mountain regions of the country, this was a major joint initiative of the climate change ministry and United Nations Development Programme (UNDP), he added.

To be managed by the Khyber Pakhtunkhwa Disaster Management Authority (KPDMA), a District Emergency Response Cell (DERC) has been recently set up under the GLOF project, which has been provided with different technological tools for timely prediction GLOF risks and dealing with them effectively, which would help avoid deaths and displacements from these disasters, he explained.