Pakistani Twitter witnessed something incredibly wholesome today, when a teacher from Karachi got space scientists and astronauts to answer space and science questions that her fourth grader students came up with. 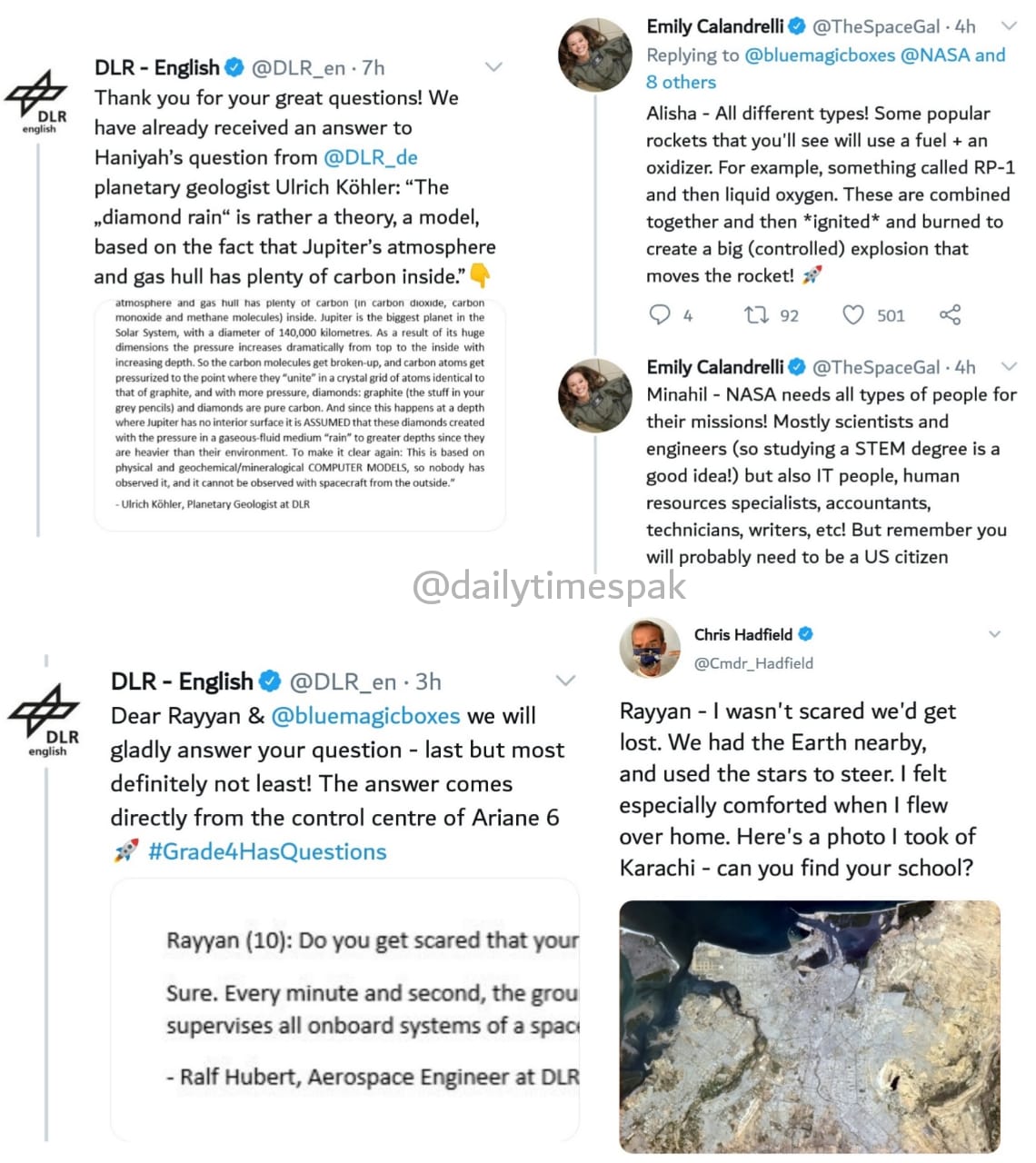 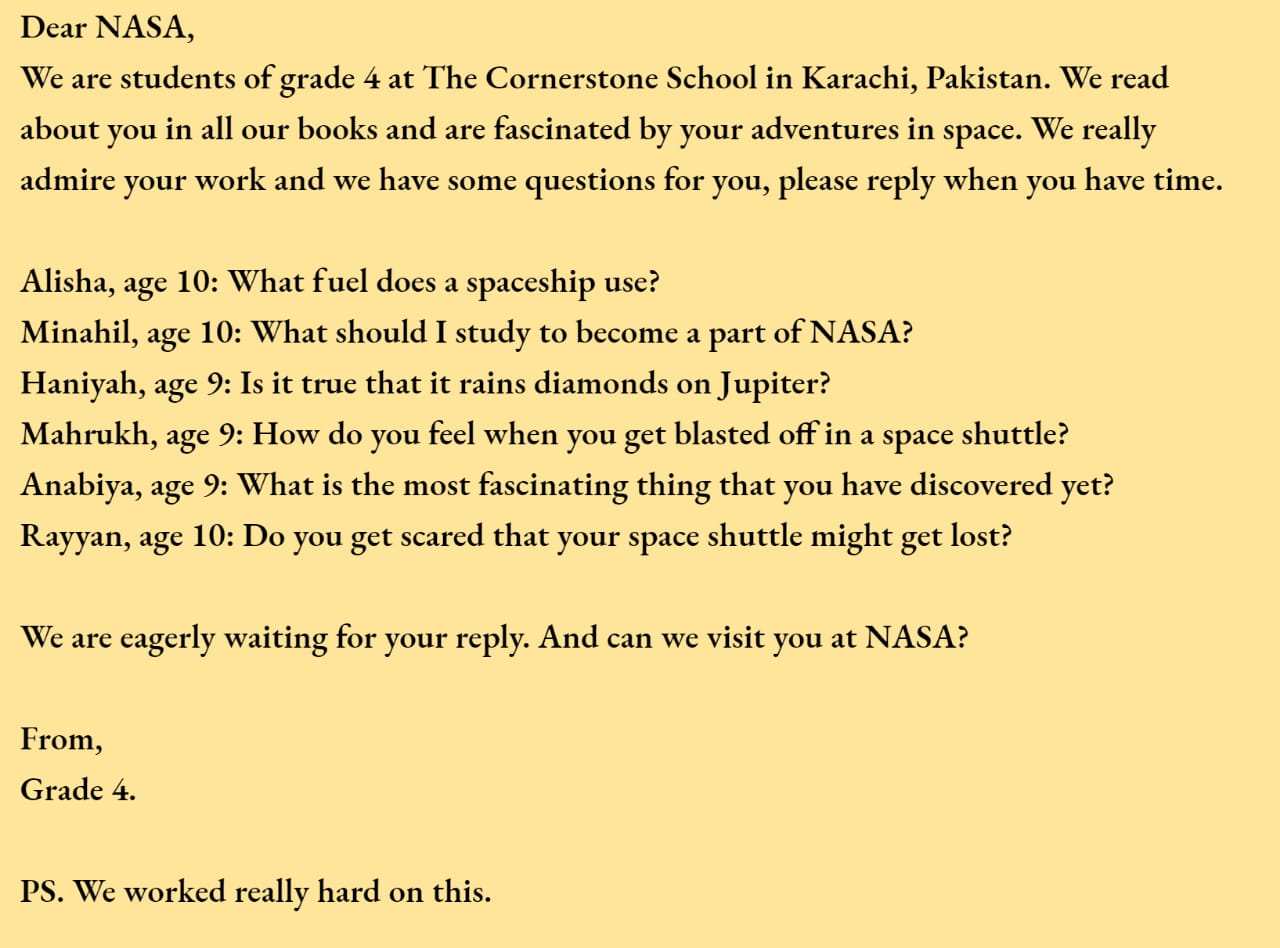 The girl named Aimun, who is already loved (and hated) among Pakistani twitterati for her strong opinions on things that matter, took to Twitter to share that six of her 4th-grade students have written a letter to NASA in which they have asked questions about things that they are curious about.

She tagged NASA accounts and various space scientists in her tweet and asked her followers to retweet it. Soon the number of people sharing her message with the hashtag #Grade4HasQuestions started to multiply. People retweeted her and tagged astronauts, space scientists and different space agencies in their tweets, asking them to respond to the questions the curious kids came up with.

Aimun also shared that the enthusiastic kids, who are planning a field trip to NASA, have told her to not play with their emotions by bringing them fake responses or getting a friend pretending to be NASA to reply to their questions.
It did not take too long for the efforts of Pakistani Twitter users to begin showing a positive outcome. Many space scientists and astronauts started responding to her with answers to the kids’ questions.

Not only this, the German Aerospace Center sent back responses for four questions, stating that it was the contribution from their planetary geologist Ulrich Kohler and aerospace engineer Ralf Hupertz and the
answers came directly from the control center of Ariane 6.

Not only this, scientists from NASA in their responses invited the kids to be their guests after the pandemic is over.
This beautiful display of dedication from a teacher sent waves of positivity down the Pakistani Twitter timelines today. People overwhelmed with love and warmth bombarded Aimun with messages of appreciation and gratitude, asking her to record the reactions of the kids upon finding out that real astronauts and space scientists have sent messages for them.