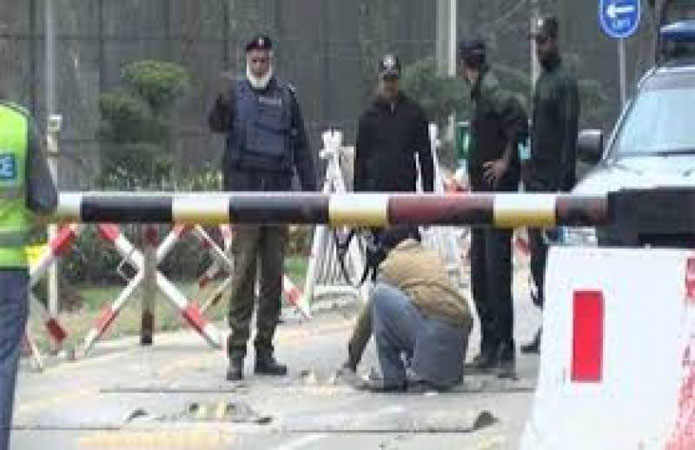 The Lahore police have started working to thwart the October 16 show in Gujranwala as it would seal Jati Umra – the residence of PML-N supremo Nawaz Sharif, sources said on Wednesday.

The police will not allow PML-N Vice-President Maryam Nawaz to take out a rally to travel to Gujranwala. Maryam Nawaz on Wednesday said containers had been parked outside the Jati Umra residence but their resolve was unflinching. She posted this tweet amid the reports the government decided to seal the area and no would be allowed to leave Lahore on October 16 in a rally as Maryam is scheduled to travel to Gujranwala accompanied by supporters who would be joined by many more along the route. In an attempt to seal Lahore, the police have already started confiscating containers with the bus stations told not to provide any vehicles for the rally.

On the other hand, the PML-N is establishing camps at various spots on GT Road to welcome the party leader. Moreover, Maulana Fazlur Rehman – the JUI-F chief – has also announced leaving Lahore along with party supporters while the PPP says the party chairman, Bilawal Bhutto Zardari, will reach Gujranwala with a rally starting from Lalamusa – the hometown of Qamar Zaman Kaira.

On the other hand, Opposition Leader in the National Assembly and PML-N president Shehbaz Sharif has asked his party leaders not to make a request with Speaker NA for issuance of his production order in connection with NA session. PML-N senior leader Ayyaz Sadiq has said “we will follow party president orders in letter and spirit and will not request the NA speaker to issue a production order at any cost.

In a statement, Khawaja Saad said that the federation cannot bar people from supporting PML-N by destroying banners and arresting party leaders. Gujranwala rally will determine the direction of Pakistan Democratic Movement, he said. He said that the government has created trouble for itself by registering a sedition case against PML-N senior leadership.