Show of force between pro-democracy protesters, royalists in Bangkok 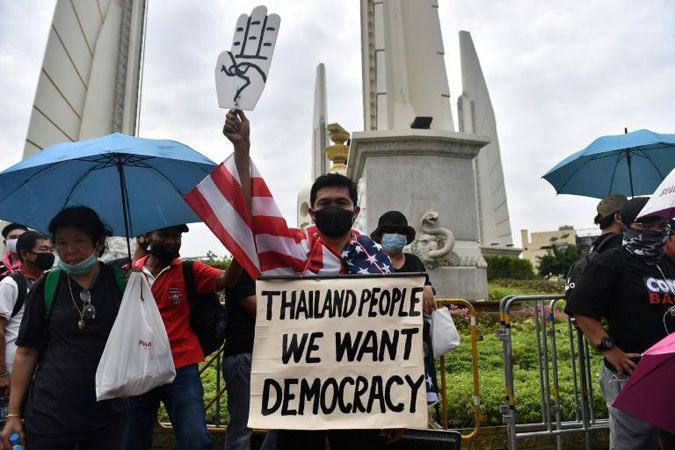 Thousands of anti-government demonstrators in Bangkok rallied in front of a massive crowd out in force to show support for the Thai king on Wednesday as tensions rose over a burgeoning youth-led protest movement calling for democratic reforms. Student activists have staged large rallies in recent months demanding the resignation of Premier Prayut Chan-o-cha, a former army chief who first rose to power in a coup six years ago. Some have also demanded reforms to the kingdom’s powerful monarchy — a move that has prompted a backlash from Thailand’s staunchly pro-royalist establishment. A protest at the capital’s Democracy Monument was brought forward by activists worried about potential clashes with royalist groups, who started gathering around the area ahead of a scheduled royal motorcade ferrying King Maha Vajiralongkorn later in the afternoon. “There will be provocations from the other side so please trust in me — we don’t want to clash with anyone,” said Anon Numpa, a prominent activist. “When the royal motorcade arrives, don’t utter swear words.”