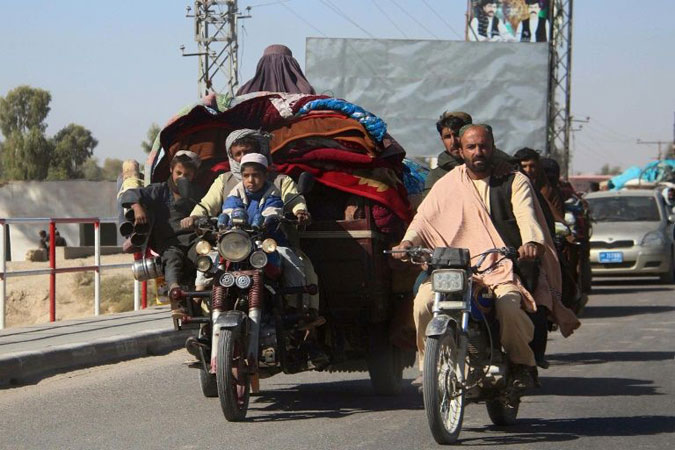 Tens of thousands of people in southern Afghanistan have fled their homes following days of heavy fighting between the Taliban and security forces, officials said Wednesday, as violence continues to soar despite ongoing peace talks. Taliban militants launched a series of attacks on the city of Lashkar Gah in restive Helmand province on Sunday night, prompting the US to call in air strikes to defend Afghan forces.

The fighting triggered an exodus by local residents who crammed onto motorcycles, taxis and buses.

“More than 5,100 families or 30,000 people… have fled the fighting so far,” Sayed Mohammad Ramin, director of the refugees department in Helmand, told AFP.

“Some families are still living in the open in the streets in Lashkar Gah, we don’t have tents to give them.”

Local resident Hekmatullah said he was forced to flee after a mortar hit his neighbour’s house, killing two women.

“The fighting was so intense that I did not have time to take any extra clothes. I only took my family,” said Attaullah Afghan, a farmer who fled with his family of 12.

Fighting was ongoing in at least four districts on Wednesday, Afghan officials said, adding that security forces have repelled repeated Taliban assaults in the area.