PTI selected govt is terrified by the opposition movement 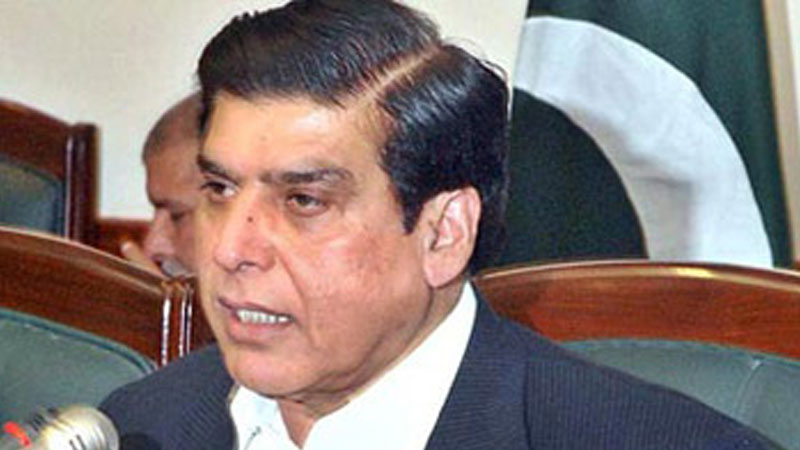 Former Prime Minister and central leader of Pakistan Peoples Party, Raja Pervaiz Ashraf has said that the PTI selected government has washed away the dreams and hopes of the people and instability has engulfed the country. He said this while addressing a press conference at the media office PPP Islamabad on Wednesday afternoon with Nazir Dhoki and other local party leaders.

Raja Pervaiz Ashraf said that PDM will fight for real democracy in the country inside the parliament and on the streets. He said that during the PPP government (2008-2013) Pakistan was an exporter of wheat whereas during this PTI government we have wheat crisis and wheat is being imported. He said that PPP tenure in government opposition was free to hold public gathering and take out rallies. There was not a single political prisoner in the country during the PPP government. Now there are 60 to 65 ministers, advisors and special assistants but all are inept and incapable. If these ministers and spokesmen say that public will not attend the gathering in Gujranwala then why the government is so disturbed.

Former Prime Minister said that the government had promised 5 million homes and 10 million jobs so what happened to these promises. It is ironic that the session of senate and national assembly has been summoned during the dates of PDM public gatherings. The parliament is being run by cheating the members and the people of Pakistan. The government has opened a front against the opposition since the PDM and its programme was announced. We wanted Imran Khan to be the prime minister of entire Pakistan but he chose to be the PM of only his party PTI. Every minister and spokesman is on television addressing press conferences for hours from morning till night. Why all this commotion if people are not with opposition, he asked.

Raja Pervaiz Ashraf said that government has taken billions of dollars loan but is unable to stabilize economy. PPP government fought terrorism, hoisted Pakistani flag on Swat once again, repatriated 2.5 million temporary displaced people. The PPP government gave food security to the country and became a wheat exporting nation. Pakistani growers were prospering but now they are in bad situation. Government employees are protesting in Islamabad for many days but no one is there to allay their reservations and provide them relief. Price hike in food commodities has become unbearable for the common people of Pakistan. He said that PDM jalsa in Gujranwala will be the start of dismantling of this government. He condemned the arrest of PPP workers in Gujranwala who were busy in the preparations of jalsa and demanded their immediate release. Former Prime Minister said that the government is trembling and in chaos since this jalsa was announced.