From iPhones to e-axles: how one tech firm is pushing into electric vehicles 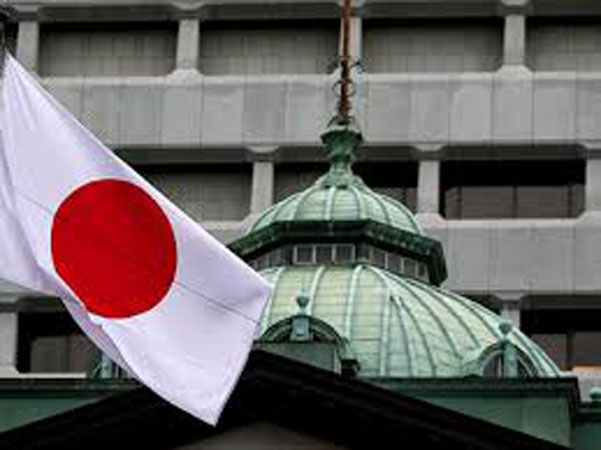 In recent years, Nidec’s founder Shigenobu Nagamori has turned his attention to autos, and a technology which turns electricity stored in the battery into propulsion power.

This technology, called an e-axle or e-drive, is emerging as a new competitive front as the auto industry shifts to electric vehicles. By 2030, Nagamori says he wants a 35% slice of a global e-axle market that is forecast to be worth $20-30 billion a year by then, up from an estimated $2.8-$3 billion now.

He is betting that electric cars will follow the same route as room aircons, washing machines and computers, with key components, such as motor systems and central processing units, standardized and supplied by a few dominant tech firms.

“Laptops and aircons from different makers might look different outside, but you look inside, the (key) parts are all more or less the same. The gut technologies of EVs are going to become as commoditized or standardized” as these items, Nagamori told an earnings news conference earlier this year. E-axles and batteries will come from a few competitive suppliers, he predicted.

To ensure Nidec emerges as one of these suppliers, Nagamori, a no-nonsense 76-year-old, has set his sights on acquiring gear-maker JATCO from Nissan Motor Co and combining it with Nidec’s motor and power-control electronics business. Some details of this effort, which Nissan is resisting, are reported here for the first time. The takeover battle underscores how quickly electrification is reshaping the auto industry.

“Nidec brings to the auto industry the tech industry’s approach,” says Daiwa Securities analyst Shiro Sakamaki. “Like cell-phones and laptops, car models are already being redesigned at an increasingly rapid pace, and Nagamori is betting that trend will accelerate and automakers are going to leave the development and manufacturing of technologies such as the e-axle to suppliers.”

Nagamori declined to be interviewed for this article. Nidec declined to comment about its pursuit of JATCO.

A SHORT HISTORY OF THE E-AXLE

The e-axle, or e-drive, combines an electric vehicle’s gear, motor, and power-control electronics. It’s the “brain” that controls how a vehicle manages energy stored in its battery and transforms it into power. It also helps to recover energy lost in braking and returns it to the battery.

In other words, a well-designed e-axle maximizes a vehicle’s power efficiency and acceleration and helps extend its driving range and its smoothness.

The technology has emerged as a competitive front in part because automakers are under pressure to cut electric vehicles’ manufacturing costs to make them as affordable as mainstream gasoline cars. E-axle systems and batteries present the industry with the biggest margins for efficiency gains and cost savings.

Advances in new technologies are critical to global efforts to cut CO2 emissions. Vehicle-based CO2 emissions account for roughly 17% of emissions from all sources, according to Zifei Yang, an analyst at the International Council on Clean Transportation in Washington. Moreover, says Yang, the rate of reduction in vehicle emissions has slowed as more people drive bigger, more polluting SUVs. Other analysts point to trends in emerging economies such as China and India where large numbers of middle-class consumers are trading in mopeds for cars.

Some automotive technology suppliers have combined efforts to make e-axle systems. Japan’s Denso and Aisin formed a joint venture called BluE Nexus in 2019 and Toyota earlier this year moved to invest in the company, taking a 10% stake. This year US parts supplier BorgeWarner agreed to acquire UK-based Delphi, and Japan’s Hitachi Automotive merged with three Honda group suppliers. Automakers Volkswagen and Ford, and Toyota and smaller Japanese brands are each forming an EV technology alliance in part to drive down e-axle manufacturing costs.

Tesla initially developed its own e-axle technology. Reuters couldn’t determine whether it continues to use it in more recent models.

GM, Nissan and some other carmakers believe e-axles offer such a large margin for cost efficiencies and product differentiation that they want to design and manufacture their own systems. GM believes it can better integrate the e-axle with the battery and the rest of the vehicle, making for a quieter, smoother and more economical drive, said Adam Kwiatkowski, GM’s executive chief engineer for global electrical propulsion systems.

“Technologies in a vehicle that are technically complicated, house a whole bunch of IP, and are capital intensive, you are always better off designing and producing them yourself,” Kwiatkowski told Reuters in an interview.

If GM doesn’t design its own e-axles, Kwiatkowski added, it will have to buy them, it won’t be sure of their technical details or efficiency and will be locked into drive unit designs that may not be optimal.

Nidec’s Nagamori has said he believes the way to become a market leader in e-axles is to focus on making the technology inexpensive. The way to do that, he says, is by being able to produce every component and sub-technology that goes into an e-drive system, and by building up scale to produce more.

To close out the e-axle technical loop, Nidec has set its sights on JATCO, an automotive transmission producer in Fuji city at the foot of Mt. Fuji, 75% owned by Nissan.

According to two sources familiar with Nagamori’s thinking, Nidec’s founder believes JATCO is in play because of financial problems at Nissan that have already forced the automaker to sell non-essential assets, including its fleet of corporate jets.

Over the past year, Nidec has poached several Nissan executives, including its former vice-COO Jun Seki.

Nagamori succeeded in hiring Seki shortly after he was passed over for Nissan’s top job last year. News emerged late on Oct 8, 2019 that Makoto Uchida had been chosen as Nissan’s new global chief. The following morning, Seki received a call from a headhunter, said one of the sources. Nagamori wanted to sit down with him.

Shortly thereafter, Seki traveled to Kyoto to meet Nagamori, intending to rebuff the approach, the source said. Instead, Nagamori talked Seki into considering helping Nidec ride the wave of electrification sweeping the auto industry and turn Nidec into a 10-trillion-yen company by 2035.

In November, as talks between the two men progressed, Nidec contacted Nissan about its interest in taking a controlling stake in JATCO. The answer was “no,” according to well-placed sources at Nidec and Nissan, because Nissan’s top executives want to keep key e-axle technology in house. Nissan declined to comment about the matter.

By late December Seki resigned from Nissan, and on Jan 13 this year he boarded the bullet train to Kyoto, to eventually assume the position of Nidec’s president and COO. Among Seki’s first tasks: recruit more top talent from Nissan, which he did by bringing in a few of his former colleagues, and finish the takeover of JATCO.

In February, Nidec approached Nissan again about acquiring JATCO, and once more Nissan’s answer was “no,” said the same well-placed sources at Nidec and Nissan. According to these sources, Nissan’s COO Ashwani Gupta told Seki and other Nidec executives that Nissan considers JATCO “one of our core technological competences” and is only interested in talking about forming an alliance to collaborate on developing next-generation e-axle technology.