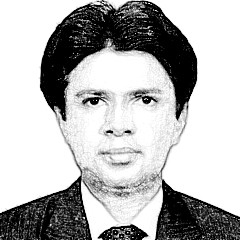 Pakistan: Not all is lost under the sky

Since Pakistan’s independence in 1947, the country went through a number of crises. But the resilient characteristic of the nation made it come out successfulafter each crisis. Take an example of terrorism. Pakistan carried out a string of successful operations against terrorist factions after 9/11 and was awarded a status of being major non-NATO ally in Global War on Terror (GWoT).After a number of rigorous and successful military operations, i.e., Operation Rah-e-Haq, Operation Sher Dil, Rah-e-Rast, Rah-e-Nijat, Operation Koh-e-Sufaid, Zarb-e-Azab, and Rad-ul-Fasaad, Pakistan is now in the process of finding and addressing reasons of extreme behaviours and radicalisation in the society and build a counter-narrative. Because, in the beginning, perhaps the biggest mistake even by the international community in the GWoT was the belief that destruction of al Qaeda’s training camps and Taliban would lead to the demise of terrorist groups.

Pakistan, to its promise, is seeking to uplift the economy of Azad Jammu and Kashmir and Gilgit Baltistan region. It has roped in its strategic partnership with China under the flagship project of CPEC

Today, Pakistan’s narrative is stronger than the Taliban’s and it was made possible in spite of limited resources. Over nineteen long and painful years down the road, Pakistan made great sacrifices in men and material and important contributions in the GWoT. The story of Pakistan’s fight against GWoT does not end here as the country continues to play an active role in not only combating terrorism for global and regional peace but also making Afghan peace happen.It was all possible due to relentless efforts by Pakistan’s Armed Forces and people. Pakistan has the world’s 7th largest standing military. Additionally, Pakistan’s nuclear deterrence is a major driver of its power and security potential. Pakistan’s military superiority among Muslim nations has given credence to its national image as Middle Eastern countries are known to turn to Pakistan for assistance in times of crises and military affairs.

Pakistan witnessed second successful transition of democratic power and third successful general elections. Pakistan is 37th largest country in terms of its area, divided into three major geographic regions, the northern highlands, the Indus River plain in the center and east, and the Baluchistan Plateau in the south and west.Pakistan ranks 5th in terms of population with a discernable youth bulge.Internally, the current government now has attempted to focus on improving the overall governance across the country by empowering public institutions, making them autonomous, transparent, accountable and largely depoliticizing them. Pakistan is blessed with natural resources, i.e. arable land, oil, gas, minerals, etc. Moreover, Pakistan has a great connectivity potential. Pakistan is on course of becoming a transit economy. Pakistan’s geo-strategic location keeps it ever present in the debate of international relations, be it trade, economy, politics or hard core security dynamics. Often regarded as a “Land of Opportunities”, discussion over Pakistan’s regional connectivity has been quite intensive recently due to CPEC.Through Afghanistan, Pakistan becomes the shortest hub of connecting the Central Asian states. Pakistan has the potential of mirroring South Asia, Middle East, and Central Asia (SAMECA) along the lines of EU in terms of connectivity and trade.

Though there is no fixed definition of the term “security” yet the most agreed definition is “the absence of fear and threat”. Security has been a changing phenomenon since “Westphalian model”. Security in 21stcentury stands the most complex than ever before. Since the Cold War is over and so is the nature of relationship among states has undergone changes. Pakistan-Russia relations are improving and the trajectory is upward. At the regional level, Pakistan’s proactive and prudent approach has resulted in positive overtures to India, building regional consensus on Afghan conflict, and persuading the US to opt for peaceful settlement of Taliban insurgency in Afghanistan. But it is very unfortunate that the Jammu and Kashmir dispute still lingers on between India and Pakistan.On August 5, 2019, India revoked Jammu and Kashmir’s special status under Article 370 along with 35-A. With internet shut down coupled with other bans on media coverage, the fate of Kashmiris hangs in the balance. World powers especially the US and Russia could play their role in resolving the dispute between two nuclear powers.

Pakistan, to its promise, is seeking to uplift the economy of Azad Jammu and Kashmir and Gilgit Baltistan region. It has roped in its strategic partnership with China under the flagship project of CPEC. Initiation of Hydropower projects in these areas holds the potential of transforming the economic outlook of these areas. Pakistan and China are also planning to explore the possibility of opening up Special Economic Zonesacross Pakistan, including in Moqpondass in Gilgit Baltistan. These economic zones will host a variety of industries to provide win-win opportunities to foreign and Pakistani investors. Moqpondass SEZ is also expected to host various industries including iron ore processing, steel industry, and mineral processing and value addition. Pakistan and China were soon going to work on joint agricultural projects. These agricultural projects will focus on converting agricultural lands with fertility potential to tap them for cultivation and food exports. Countries like China and Russia can tap into potential of such projects by having access to low-cost but high-quality food products. Recently, Russian firms have also expressed desire in privatization of erstwhile symbol of Pakistan-Russia friendship “Pakistan Steel Mills”. Russia can also benefit by investing in manufacturing and joint production projects both in civil and military domains. Pakistan offers promising returns in new SEZs, and joint manufacturing or production plants for automobiles, heavy-vehicles and tractors offer effective investment choices. Pakistan is also geared towards creating a fertile eco-system for businesses; it is evident by Pakistan’s leap in improving its Ease of Doing Business as Pakistan jumped 28 places in 2019 from previous position of 136 to 108. In its improvement, it outdid its South Asian competitors, including India and Bangladesh. Holding the potential of both being the conduit and pivot, Pakistan stands to benefit those that explore its opportunities.