Shoaib Malik says no plans of retirement from T20I format 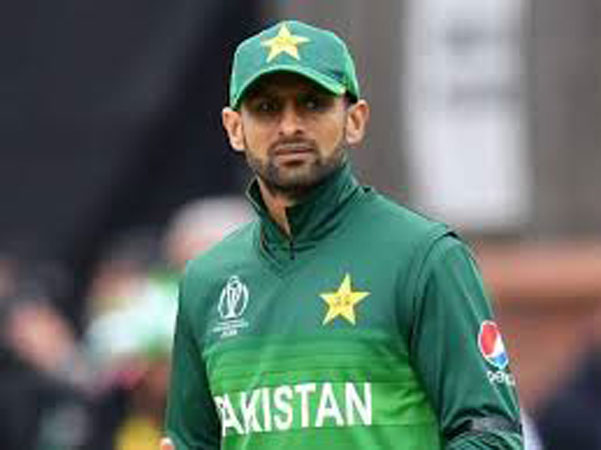 ISLAMABAD: Pakistan’s veteran all-rounder Shoaib Malik has shared that he has no plans of retiring from T20I cricket and will continue his game until his body allows him to do so. “I’m feeling good. I’m fit. I’m active. I’m enjoying my cricket and have no plans to announce retirement from T20s – domestic or international,” he said in an interview on Tuesday. “I also want to share my experience with youngsters as it is important for them to learn from seniors,” Malik said. Reminiscing his long journey in cricket, the acclaimed batsman talked about how he got an opportunity to share the dressing room with experienced cricketers and play with various age groups which helped him in his early days of cricket.

“I was always focused on learning. This is a process that never stops even if you have achieved everything,” the cricketer said, emphasising that it was only perseverance that got him this far. He added: “It’s possible only because of hard work. You can’t even get near your dreams without doing the work.” Speaking about his recent accomplishment of becoming the first Asian to score 10,000 runs in T20 cricket, the 38-year-old said that the milestone was not easy given his batting order. “It wasn’t an easy journey. It is never easy for a middle-order cricketer to score 10,000 runs in a format that provides limited opportunity to batsmen at a lower order. I never thought of doing this and this is a great honor for me. I won’t stop here and will continue scoring runs for teams I play,” Malik told Geo Super.

Accepting that it was quite frustrating when he was overlooked in the selection process, despite being in good form, Malik said: “There were times when I was frustrated and thought of calling off my international career. Playing in leagues around the world helped me ease off my frustration.” “When I wasn’t named for World Cup 2015, I was thinking of announcing retirement but then Inzamamul Haq and Mohammad Akram motivated me to continue playing for the country,” he shared.

Speaking over the 2023 World Cup the cricketer advised the Pakistan Cricket Board to finalise its pool of players so that the same squad can get ample experience before the mega event. “It’s better to have them in a pool from now, make them play all games so that they have enough experience before the World Cup so that they have it all before the big event,” he said. “Also, allow the players to avail opportunities of playing in leagues because playing will get them the experience that training alone won’t provide.” Talking about any regrets that he holds in his cricket journey so far, the cricketer disclosed that accepting the captaincy role in 2007 was one of his regrets as it triggered many unwanted scenarios for him.

“Had I known that I wasn’t experienced enough to handle things according to our culture, I wouldn’t have accepted the captaincy. I would never have. I’m the kind of person who takes everyone along but being at the helm of affairs, you just can’t satisfy everyone. There were things that shouldn’t have happened and I was bothered about it,” he said. “I did go to players individually afterward and apologised to them if they felt bad due to my any intentional or unintentional actions as captain,” Malik said.