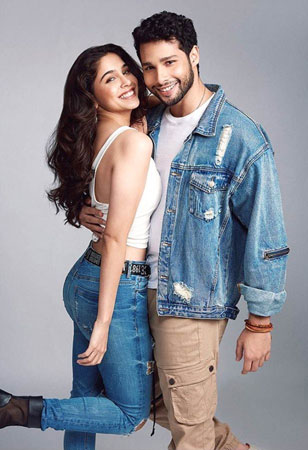 The star cast of Bunty Aur Babli 2, Saif Ali Khan, Rani Mukerji, Siddhant Chaturvedi, and debutant Sharvari, have completed dubbing for the film. The film, thus, is fully ready to release and we hear Yash Raj Films (YRF) will now decide the best window to release this film in theatres.

Director Varun V Sharma confirms, “It is true. All the actors have wrapped dubbing for the film. Bunty Aur Babli 2 is a hilarious big-screen entertainer and we can’t wait to show our film to the audience.”

Bunty Aur Babli 2 will introduce an incredibly fresh pair as the new talented conmen. Siddhant Chaturvedi, the Gully Boy hunk who played the role of MC Sher with elan, is the new Bunty and YRF is launching a new heroine to watch out for with this franchise. Babli will be played by Sharvari, a stunningly gorgeous girl that YRF discovered two years back and has been grooming her since then!

The film, in an exciting casting coup, also reunites Saif Ali Khan and Rani Mukerji and will present them as the original Bunty Aur Babli in the film! Saif and Rani were a blockbuster Jodi as they delivered big hits like Hum Tum and Ta Ra Rum Pum and were celebrated as a pair to watch out for given their infectious chemistry.

In the last schedule that saw the star cast complete a super safe shoot during the coronavirus pandemic, the team shot a fun, entertaining song at Yash Raj Films studios. YRF ensured that all safety measures were followed to a T. Produced by Aditya Chopra, Bunty Aur Babli 2 is an out and out entertainer which is being directed by debutant Varun V. Sharma, who worked as an Assistant Director in YRF’s biggest blockbusters Sultan and Tiger Zinda Hai.