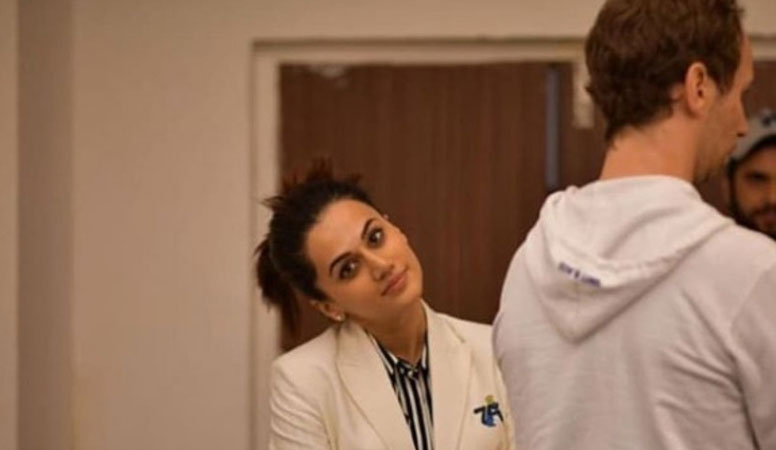 Actress Taapsee Pannu, her sister Shagun, cousins and boyfriend Mathias Boe are currently in the Maldives and having a ball!

The Pannus shot a ‘biggini shoot’ which actually their take on a viral video by Yashraj Mukhate of ‘Rasode Mein Kaun Tha’ fame viral stuff.

The viral video has garnered over 665,284 likes so far. Several celebrities dropped their comments on it. From Anushka Sharma, Varun Dhawan, Bhumi Pednekar to Saqib Saleem, Kajal Aggarwal and many others – all loved the hilarious biggini shoot video.

Yashraj Mukhate had a few days back posted a ‘Biggini Shoot’ video which cracked up the internet and looks like Taapsee loved it too. And that explains why the Pannus tried their own version of it.

On the work front, Taapsee Pannu was last seen in ‘Thappad’ which received a warm response from the viewers. She has a few plum projects in her kitty such as Haseen Dillruba and Jana Gana Mana amongst others.