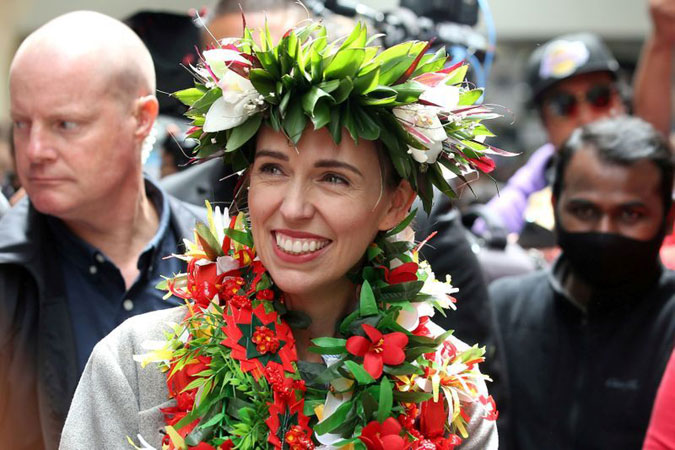 The system requires a party, or an alliance of parties, to win 61 of parliament’s 120 seats to form government. Equating to around 48% of the total vote, the MMP system usually results in a coalition or alliance.

New Zealand switched to MMP in 1996 from the British ‘First-Past-the-Post’ system after a royal commission was set up to review the electoral system on concerns smaller parties were being left out of parliament.

Under the system, all New Zealand governments since 1996 have been formed either by coalitions headed by the Labour Party or the main opposition National Party supported by smaller parties, or one of the two major parties with “supply guarantees” from one or more of the minor parties.

However, opinion polls suggest Ardern’s Labour-led government may get the numbers to govern alone for the first time under MMP.

Originally used to elect representatives to the German Budestag, the system has also been adopted by other countries, in sometimes modified format, including Bolivia, Lesotho, South Korea and Thailand.

Under New Zealand’s MMP system, the 120-seat single-house legislature is filled by a combination of public vote winners and party-selected candidates.

The election begins with a public vote. Each voter gets two votes – one to choose their representative among the country’s 72 geographical constituencies and one for a political party.

The successful constituency candidates are automatically granted a seat in parliament. The remaining 48 seats are then doled out to party-selected candidates, called “list members” in proportion with the overall public votes for each party.

To get any seat in Parliament, a party must win at least 5% of the party vote, or win an electorate seat.

New Zealand’s system is also unique in reserving a number of seats exclusively for Maori candidates. There are currently seven Maori electorates.

The intricacies of the MMP electoral system mean a smaller number of lawmakers elected from minor parties could decide the election despite the main parties getting the major vote share.

In the 2017 election, the New Zealand First Party emerged as the “kingmaker” after an inconclusive result left both major parties courting the minor nationalist party to form government.

That election was the first time since New Zealand had adopted the MMP voting system that the party with the largest number of seats – the Nationals, with 56 – was unable to form a government. NZ First instead agreed to join its 9 seats with a Labour’s 46 seats and the Green party’s 8 seats to form a three-way coalition.

In MMP systems with a threshold, like New Zealand’s, there is also room for tactical voting.