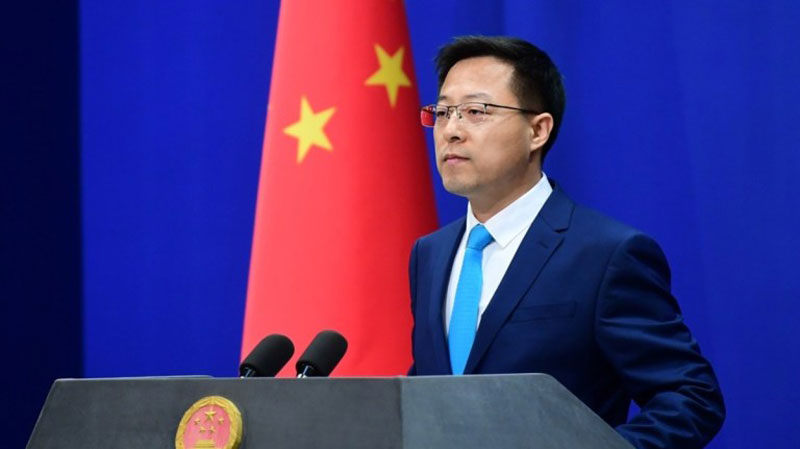 China does not recognize the Ladakh Union Territory, illegally set up by India and the Arunachal Pradesh, Chinese Foreign Ministry’s Spokesperson Zhao Lijian said on Tuesday.

“First, I want to make it clear that China does not recognise the Ladakh Union Territory, illegally set up by the Indian side and the Arunachal Pradesh,” he said during his regular briefing. “We stand against the development of infrastructure facilities, aimed at military contention along the border area,” he added.

Zhao pointed out that for some time the Indian side has been ramping up infrastructure development along the border and stepping up military deployment that is the root-cause for the tensions between the two sides.

“We urge the Indian side to earnestly implement our consensus and refrain from actions that might escalate the situation and take concrete measures to safeguard peace and tranquility along the border,” he added.

According to reports, India has opened a series of new bridges. Many of them providing all-weather access to its disputed border with China.

Around eight bridges were opened in Ladakh province, eight in Arunachal Pradesh and four in the Himalayan region.

In a statement issued here, he said that the meeting was positive, constructive and had enhanced understanding of each other’s positions.

The two sides had a sincere, in-depth and constructive exchange of views on disengagement along the Line of Actual Control (LAC) in the Western Sector of India-China border areas.

Ren said that both sides agreed to maintain dialogue and communication through military and diplomatic channels, and arrived at a mutually acceptable solution for disengagement as early as possible.

Both sides agreed to earnestly implement the important understandings reached by the leaders of the two countries, not to turn differences into disputes, and jointly safeguard peace and tranquility in the border areas, he added.

Prior to this meeting, militaries of the two countries held sixth round of commander level talks aimed at easing the current situation on the border areas.

It may be mentioned that the Chinese and Indian soldiers recently engaged in the most serious border clashes since they fought a war in 1962, leaving as many as 20 Indian soldiers dead during the fight in June.

The disputed border covers nearly 3,500 kilometers (2,175 miles) of frontier that the two countries call the Line of Actual Control (LAC) and that stretches from Ladakh in the north to the Indian state of Sikkim in the northeast.