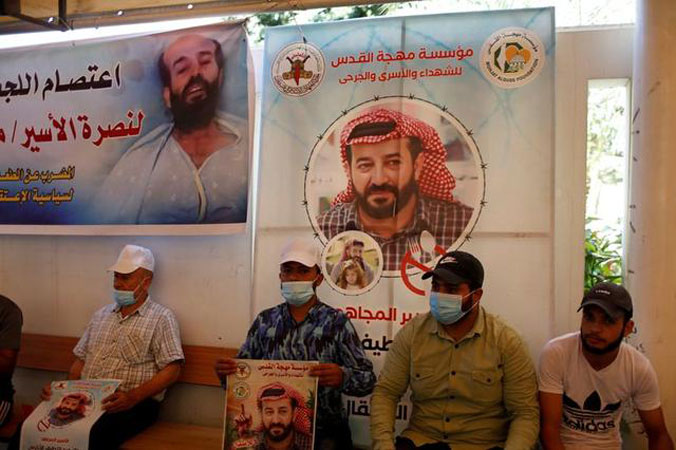 Palestinian and Israeli human rights groups voiced concern on Tuesday over the condition of a Palestinian who began a hunger strike 79 days ago against his detention without charge by Israel. Maher Al-Akhras, 49, is now in an Israeli hospital suffering from heart pain and convulsions and has slipped occasionally into a coma, his wife said. A resident of the city of Jenin in the north of the Israeli-occupied West Bank, Akhras was taken into custody in July under an Israeli “administrative detention” order. Israel’s Shin Bet internal security agency said Akhras was detained after it received information that he was an operative of the Islamic Jihad militant group, an allegation his wife denied. He was moved three weeks ago to Kaplan hospital in the Israeli city of Rehovot, where he has been drinking water but refusing solid food, according to his family. At the hospital, Akhras’s wife Taghreed told Reuters that he would continue the hunger strike for his immediate release despite a decision on Monday by Israel’s Supreme Court not to extend his four-month detention term beyond Nov. 26.