An Indian man died from cardiac arrest following four days of fasting and praying for President Trump’s health after his COVID-19 diagnosis. 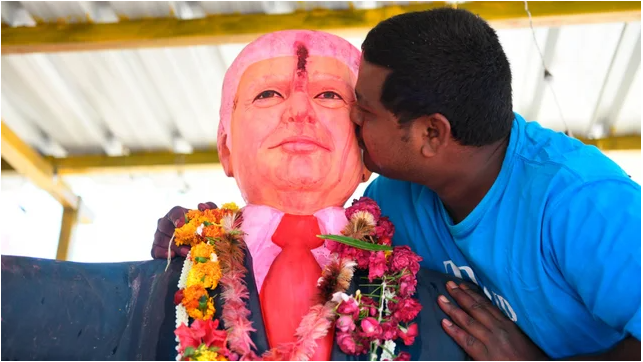 Bussa Krishna, from the Indian state of Telangana, collapsed while having tea at a family member’s house on Sunday, according to reports.

Krishna was pronounced dead by doctors after being taken to the hospital for treatment. “He had slipped into depression after hearing about Trump contracting coronavirus,” his cousin B Vivek revealed. “He was not eating properly. When we rushed him to the hospital, the doctors declared him dead. The cause of death is a cardiac arrest.”

A close associate said Mr Raju was a die-hard fan of Donald Trump. “He had installed a six-feet statue of Trump last year and used to worship him.”