UK may have to go further on Covid-19 restrictions, minister says 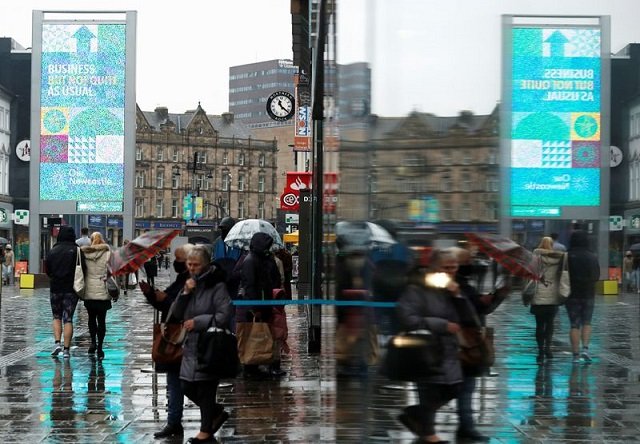 The British government may have to impose stricter restrictions than it currently has if the second wave of the novel coronavirus accelerates in high risk areas, Housing Secretary Robert Jenrick said on Tuesday.

Prime Minister Boris Johnson introduced a new tiered system of restrictions for England on Monday, with Liverpool and the surrounding Merseyside placed in the highest level, with pubs shut, to curb an acceleration in Covid-19 cases.

“The message that we did deliver to those leaders in Merseyside was that we need to take these steps, we probably even need to go further but that we want to design those steps jointly between ourselves and local government,” Jenrick said.

Under the rules announced by Johnson pubs that serve substantial meals can stay open while purely drinking establishments will have to close in high risk areas. There was, though, some confusion over the definition of a substantial meal.