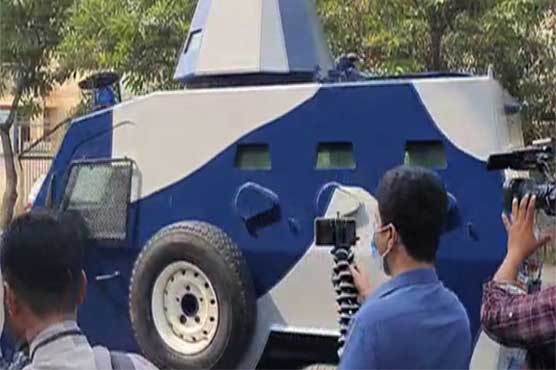 LAHORE: Abid Malhi, the prime suspect in Lahore Motorway gang rape case, was on Tuesday sent on a 14-day judicial remand by an anti-terrorism court – a day after being arrested from Manga Mandi.

Over a month after the horrific incident, the Punjab Police on Monday finally arrested the main culprit who had earlier managed to escape from the clutches of law enforcers in at least three previous raids.

On October 12, 2020, Abid was taken into custody by CIA and Counter Terrorism Department (CTD) from Manga Mandi after 33 days by using scientific method. Security personnel told that geo-fencing, DNA sampling, profiling and other such procedures were used to arrest the culprit.

On the other hand, the ATC judge also sent Shafqat Ali’s remand for 14 days in the Lahore motorway gang rape case.

The court has ordered police to present the accused before it on October 28.

The Punjab police arrested Abid Malhi during a raid at Manga Mandi, some 111 kilometers away from Faisalabad. Sources had said the police initially conducted a raid at Tandlianwala Tehsil of Faisalabad to arrest the key suspect but he managed to escape moments before the police party reached there.

Later, acting on information about the presence of Malhi at his relative’s house in Manga Mandi, the police conducted a raid at the house and finally apprehend him.

He maintained that after robbing the woman of her valuables, they told her to accompany them into the forested area but the woman refused to do so. Malhi disclosed that they took her children off the motorway and the woman followed to protect them.