Pakistan Peoples Party (PPP) Karachi Division President and Provincial Minister for Education and Labor Sindh Saeed Ghani has demanded that Federal Minister Railways Sheikh Rasheed must be included in the investigation into the murder of Dr Muhammad Adil Khan as before few hours of his assassination Federal Minister professed that there could be an act of terrorism in Karachi, so he ought to be asked what were the sources who had informed him about it.

Since the announcement of the meetings and rallies by the PDM, the Prime Minister himself and his ministers are confused and this is clear from their attitude and their appearance.
While welcoming political workers from various political parties including MQM, PTI, PSP, Muslim League (Musharraf) joint the PPP in large numbers, during a press conference at his camp office on Monday he disclosed that in the next few days there will be more surprise of big leaders joining hands with Pakistan only democratic party.

PPP Karachi President said that the joining of hundreds of officials and workers of different political parties from different districts has proved that the PPP is the only solution and reliable party for Karachiities.

Saeed Ghani said that Dr Adil Khan Shaheed was a positive thinking man and he was working against those who spread sectarianism. “I am a witness to the fact that he did not ask for security for his father, but we are helpless in the face of the Supreme Court’s decision to grant security to any political or religious figure,” he said. The threats of the Supreme Court cannot be provided without the recommendation of the Assessment Committee. Saeed Ghani said that at present the Chief Minister of Sindh does not even have the authority to provide any gunman to any one as it is not possible without the approval of the Threat Assessment Committee. “We respect the decisions of the judiciary, but sometimes their decisions cause a lot of problems,” he said. Saeed Ghani said, “I demand that Federal Minister Sheikh Rashid, who had expressed fears a few hours before the assassination that there was going to be terrorism in Karachi and that the PDM should not hold its meeting, so my The federal government is expected to take serious note of this and ask them what are the sources who pointed it out to them so that they can be involved in the investigation. “We have said before that there is a terrorist political wing in the PTI and in the past they have used this wing to stop their political opponents,” Ghani said.

Replying to a question, Saeed Ghani said that the meetings of the Pakistan Democratic Movement (PDM) and the announcement of the movement have caused a stir in all the federal houses, including the Prime Minister, and their legs have started shaking. “Today we are talking about the Prime Minister teaching law, in his own sit-in the SSP was beaten, who attacked the police stations, who stood on the stage and threatened the IG police,” he said.
Answering to a question, he said that the dry clean machine is not with us but with MQM and PSP.

To another question, he said that the Prime Minister’s words should not be taken seriously because what he has said in the past or in the present is not being followed by anyone. Asked about accountability, he said that at present there are two levels of accountability in the country, one for the opposition and the other for the people in the government. Jahangir Tareen who has been running the entire PTI and Imran Khan’s Bani Gala for years and his other ATMs, Aleema Baji, Khusro Bakhtiar, Asim Bajwa are not accountable to him but Bilawal Bhutto Zardari is. 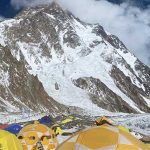