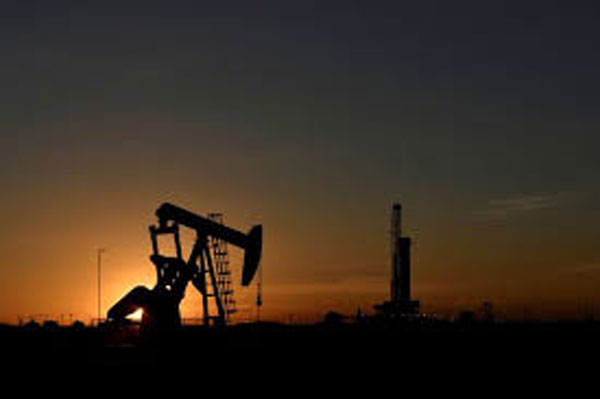 Oil prices dropped 1% for a second straight session on Monday as US producers began restoring output post-Hurricane Delta, and after a labour strike affecting Norwegian production came to an end.

Front-month prices for both contracts gained more than 9% last week, the biggest weekly rise for Brent since June. But both fell on Friday after Norwegian oil firms struck a deal with labour union officials, ending a strike that threatened to cut the country’s oil and gas output by close to 25%.

“We had good support for both Brent and West Texas on the back of some supply concerns,” said Michael McCarthy, chief market strategist at CMC Markets in Sydney.

Hurricane Delta, which dealt the greatest blow to US Gulf of Mexico energy production in 15 years, was downgraded to a post-tropical cyclone at the weekend.

Workers headed back to production platforms on Sunday, and Total SA was working to restart its 225,500 barrel-per-day Port Arthur, Texas, refinery.

Colonial Pipeline, the largest oil products pipeline in the United States, had to shut its main distillate fuel line, however, after the hurricane disrupted power, the company said on Sunday.

Despite the storm’s impact, oil prices of around $40 a barrel over the past few months encouraged US energy firms to add oil and natural gas rigs for a fourth week in a row last week, data from Baker Hughes showed.

Elsewhere, production in Libya – a member of the Organization of the Petroleum Exporting Countries – is expected to rise to 355,000 barrels per day on Monday after force majeure was lifted on the Sharara field from Sunday.

ING analysts said reports suggest it would take 10 days for output from the Sharara field to reach its capacity of 300,000 bpd, which would lift Libya’s output back to about 600,000 bpd.

This would not be “helping OPEC+ in the task of rebalancing the market,” the analysts said.

OPEC and its allies including Russia, a grouping known as OPEC+, have agreed to reduce output by 7.7 million bpd from August to support oil prices.

Global markets were also focused on the outcome of the US presidential election in November, which could alter energy policies in the world’s biggest oil consumer and one of its biggest producers.

Several analysts expect US presidential hopeful Joe Biden to pursue a deal with Iran that could lead to more oil supplies.

Goldman Sachs said, though, the election’s outcome would not derail its bullish oil and gas outlook next year even if Biden wins, since talks with Iran would be gradual, with a full resolution unlikely before 2022.

“The longer it takes to reach the targeted ‘stronger and longer’ Iranian deal, the more negligible its bearish impact given the ongoing under-investment in new supply that is set to push oil prices materially higher through the rest of this decade,” Goldman’s analysts said.

Global stocks hit five-week highs on Monday led by China’s post-holiday surge as investors bet on a steady recovery for the world’s no. 2 economy, but worries about rising COVID-19 infections capped gains in Europe and the United States.

European countries were considering adding fresh travel curbs due to rising coronavirus, a contrast to Asia-Pacific countries including Singapore, Australia and Japan, where a gradual easing of some international travel restrictions was under way. Still, US and European markets were a tad higher as investors hoped for coronavirus aid in the United States, with the Trump administration on Sunday calling on Congress to pass a stripped-down relief bill.

European stocks and US stock futures rose 0.2%. FTSE 100 and sterling meanwhile were wobbly ahead of a Brexit summit later in the week.

MSCI’s broadest index of Asia-Pacific shares outside Japan rose 1% to 2-1/2-year highs, buoyed by a 3% gain in Chinese blue chips and a 2.2% rise by Hong Kong’s Hang Seng index.

China has returned from an eight-day Mid-Autumn festival with investors encouraged by a robust rebound in tourism and ebbing coronavirus cases.

“If capital is moving on relative growth rates, then China is looking quite attractive,” said Chris Weston, head of research brokerage Pepperstone in Melbourne. Equities are cheap, yields advantageous and the outlook solid, he said.

“From a virus perspective as well, we’re seeing concerns in Europe, while China is considered a quasi-safe haven.”

Chinese stocks were also boosted by rising chances of Joe Biden’s victory in the US presidential election — an administration seen less likely to incline toward tariffs and trade disputes.

Chinese blue chips have gained 17% this year, compared with an almost 8% gain by the S&amp;P 500. Foreigners’ buying of Chinese government bonds hit its fastest pace in more than two years last month.

“The economic fallout of COVID-19 has accelerated the relative decline of the US as the world’s economic engine,” said ANZ chief economist Richard Yetsenga. “It is also increasing the centrality of Asia – and particularly, of China.” US markets are also gearing up for the earnings season. Major Wall Street banks including JPMorgan, Citi and Bank of America poised to report later this week.

In currency markets, a 0.4% drop in the yuan dragged the China-sensitive Australian dollar lower and underpinned small but broad gains for the dollar against other majors.

The People’s Bank of China has scrapped a requirement for banks to hold a reserve of yuan forward contracts, removing a guard against depreciation.

The yuan is up more than 7% since late May and had shot higher on Friday as investors wagered that a Joe Biden presidency would drive smoother Sino-US relations. It last sat at 6.7115 per dollar in onshore trade.

“We continue to expect a stronger yuan on the back of our expectation of solid Chinese growth and favourable interest rate differentials between China and the U.S.,” Goldman Sachs’ analysts said in a note, with a 12-month yuan forecast at 6.50.