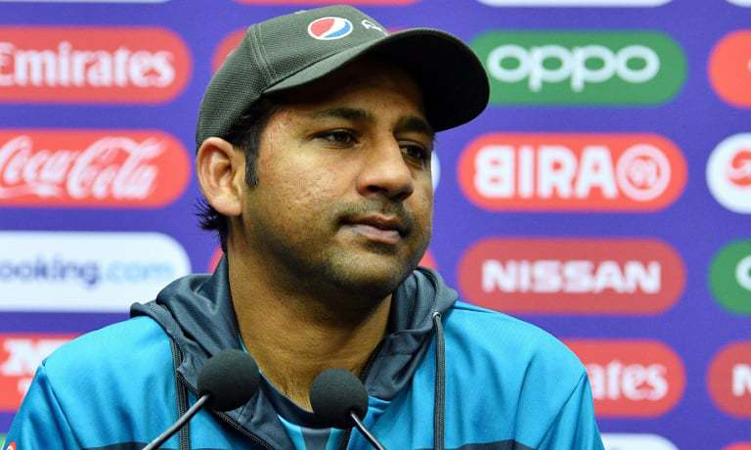 RAWALPINDI: A sparkling 51-run partnership between Sarfaraz Ahmed and Hassan Khan set a four-wicket win for Sindh against Balochistan at the Pindi Cricket Stadium in the National T20 Cup on Sunday night. The pair scored the crucial runs for the sixth-wicket from just 22 balls that took Sindh over the line with five balls to spare. Sarfaraz, who smashed six fours and a six in his blistering 28-ball 44, and Hassan came together with Sindh needing 53 runs from 29 balls and the scorecard reading 121 for five. Hassan continued his impressive show with the bat and returned not out on 28 that he had scored at a strike rate of 200. The 21-year-old struck a six and two fours, a day after scoring 15-ball 36 that played a crucial role in setting up Sindh’s three-wicket win over rivals Central Punjab. Sindh’s 174-run chase got off to a wobbly start as Khurram Manzoor, their highest run-getter in the tournament, was caught behind on the second ball. His opening partner Sharjeel Khan, who made 17 off 22, followed him back to the hut on the penultimate ball of the powerplay, which reduced Sindh to 34 for two.

Asad Shafiq (30 off 24, four fours) and Azam Khan (27 off 14, two fours and two sixes) added 51 important runs for the third wicket pushed the opposition bowlers on the backfoot and denied them any further opportunities to continue to make inroads. Azam played the lead role in the partnership contributing 26 off 13 balls. Balochistan were dealt with a blow earlier as Akif Javed had to walk off the field after slipping in his bowling stride. The left-arm quick bowled only 1.2 overs. Amad Butt and Khurram Shehzad picked up two wickets each for 26 and 37.

The opening batsman’s fruitful run in the tournament continued as he registered his third half-century in six matches and 18th overall in the format. The 24-year-old smashed 11 boundaries over the course of the innings in which he stitched crucial partnerships with Abdul Wahid Bangalzai and Bismillah Khan. Following the dismissal of Awais Zia (17 off 13) on the last ball of the fifth over, Imam and 17-year-old Abdul Wahid put a 65-run stand for the second wicket, which provided the batting side a platform to target bowlers freely in the death overs. Abdul Wahid, who was called-up in Balochistan’s First XI team following an impressive run in the Second XI National T20 Cup, scored 32 runs from 27 balls and struck three fours and a six. It was an unbeaten 53-run from 21 balls stand between Imam and Bismillah, who smashed two fours and a six in his six-ball 16, that saw Balochistan post 173 for three as the batting side gathered 66 runs in the last five overs.

Player of the match: Imam-ul-Haq (Balochistan) and Sarfaraz
Ahmed (Sindh).