Age just a number for Nadal, Federer and Djokovic 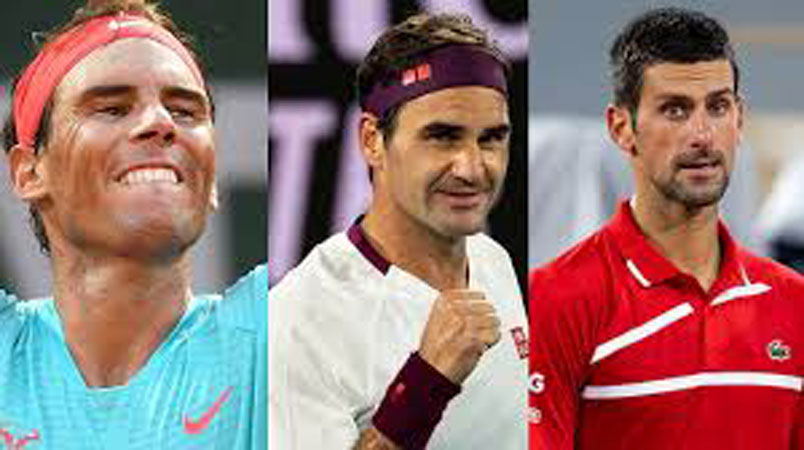 PARIS: Rafael Nadal’s 13th French Open was hailed as “one of sport’s greatest achievements” by close friend and rival Roger Federer, but for tennis’s flagging chasing pack, it was another dagger in the heart of their ambitions. Nadal, who has now gone level with Federer on 20 career Grand Slams, has won six since turning 30. World number one Novak Djokovic has captured five of his 17 since leaving his 20s while even Federer, now 39, claimed four after his 30th birthday. They are statistics which illustrate even more starkly how big the gap remains between the sport’s ‘Big Three’ and the rest.

Nadal’s staggering 6-0, 6-2, 7-5 win over Djokovic in the Roland Garros final allowed him to join the Serb in winning majors in three different decades. The 34-year-old Spaniard insists that he won’t become obsessed with ending his career as the all-time greatest Slam winner. “I would love to finish my career being the player with more Grand Slams,” he said after winning his 100th match at Roland Garros against just two losses in 15 years. “But I’m not going to be thinking all the time Novak has this one, Roger is winning the other one. “You can’t be always unhappy because your neighbour has a bigger house than you or a bigger boat or has a better phone. “In terms of these records, of course I care. For me it means a lot to share this number with Roger. “But let’s see what’s going on when we finish our careers. We keep playing. I don’t know what can happen in the future.”

Iron grip of ‘Big Three’: Federer, who missed the US Open and Roland Garros to recover from knee surgery, believes that he and Nadal have “pushed each other to become better players”. Nadal is the oldest Roland Garros champion since Andres Gimeno in 1972. Djokovic, at 33, is the youngest of the three giants of the sport. Despite his loss on Sunday, which cost him the chance to become the first man since Rod Laver in 1969 to win all four majors twice, he believes the 20-Slam mark can be bettered. “If I thought it was too late I would have ended my career today,” the world number one told Serbian media after his seventh loss in eight meetings with Nadal in Paris.

“Myself, Nadal, Federer have been written off many times but we keep coming back and proving that we are still the best in the world.” “My goals remain the same – the historic number one ranking and Grand Slam titles.” Djokovic will start his 289th week as world number one on Monday with Federer’s all-time high of 310 comfortably in his sights. The iron-grip on the Slams of Nadal, Djokovic and Federer is another source of frustration for the young pretenders who have constantly come up short.

From Federer’s first Slam triumph at Wimbledon in 2003, 57 of the 69 majors have been won by the ‘Big Three’. Only six finals have failed to feature at least one of them. The most recent even carries an asterik as Dominic Thiem’s win over Alexander Zverev at the US Open last month came after Nadal and Federer opted not to play and Djokovic was defaulted. Until Sunday, that was Djokovic’s only loss of 2020 compared to 37 wins. Greek world number six Stefanos Tsitsipas, who lost in five sets to Djokovic in the semi-finals at Roland Garros, believes there will be a changing of the guard. However, the 22-year-old was conservative on the timeframe. “The big three have been there for a long time. I don’t feel like it’s going to be the same –– in five, six years.”