Nothing is off the table

As hearings for Judge Amy Coney Barrett are scheduled to start, Democrats on Capitol Hill have made it very clear that that there is no way that a new Justice be confirmed until the next election.

The death of Justice RBG has exposed new levels of hypocrisy by the GOP. Rules made by Leader McConnell, back in 2016 are suddenly not the same for him.  Though Justice Scalia died about 9 months before the 2016 election, Senate Republicans argued that it was too early before an election that the nominee, Merrick Garland, be confirmed or even considered for hearings.

Now, 22 days before the election, the Senate Judiciary committee is holding a hearing for Judge Barrett. A statement released by the Judiciary committee stated, “According to the standing rules of the U.S. Senate, committees may convene regardless of whether or not the Senate is in session. The Senate Judiciary Committee, chaired by U.S. Senator Lindsey Graham (R-South Carolina), will proceed with the consideration of the nomination of Judge Amy Coney Barrett to be an Associate Justice on the Supreme Court of the United States on October 12, 2020.”

A statement released by the Minority Press section of the Committee stated, “Judge Amy Coney Barrett omitted materials concerning her views on Roev. Wade from the questionnaire provided to the committee. The committee members are asking the department to explain the omission, confirm whether any other materials have been omitted and immediately provide those materials for review.”

This basically was a statement by the Democrats of the Judiciary committee making their case against Judge Barrett`s documents. On September 19th, in a phone call with the Senate Democratic Caucus, Schumer said that “nothing was off the table”, in relation to the confirmation process.

A very significant factor contributing to the potential confirmation would be the special election in Arizona. The winner of the November 3rd election would be sworn in late November, and if Democrats find a way to take the vote after the election, it would ensure a possible “not confirmed” status.

This election was triggered by a appointment after the death of Senator John McCain and a resignation by the first appointed Senator  Jon Kyl. After his resignation, the defeated Senate candidate and outgoing Congresswoman Martha McSally was appointed. She, in 2018, was defeated by the Democratic Senate nominee, Kristen Sinema. 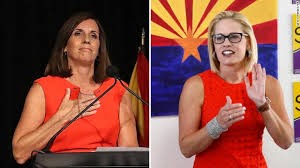 Besides that, there are two “moderate” GOP Senators who have said that they will not vote for a new Justice before the election. That includes Senator Susan Collins who has said that, “”My statement was a model of clarity,” “I made it very clear, yes, that I did not think there should be a vote prior to the election. And if there is one, I would oppose the nominee, not because I might not support that nominee under normal circumstances, but we’re simply too close to the election, and in the interest of being fair to the American people — and consistent, since it was with the [Merrick] Garland nomination.”

Alaska Senator, Lisa Murkowski, has also counted herself out of the idea of a vote, ““For weeks,” she said, “I have stated that I would not support taking up a potential supreme court vacancy this close to the election. Sadly, what was then a hypothetical is now our reality, but my position has not changed.”. 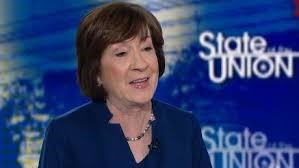 No matter how this turns out, Democrats have everything on the table. From Impeachment, to a filibuster session, anything could be done.