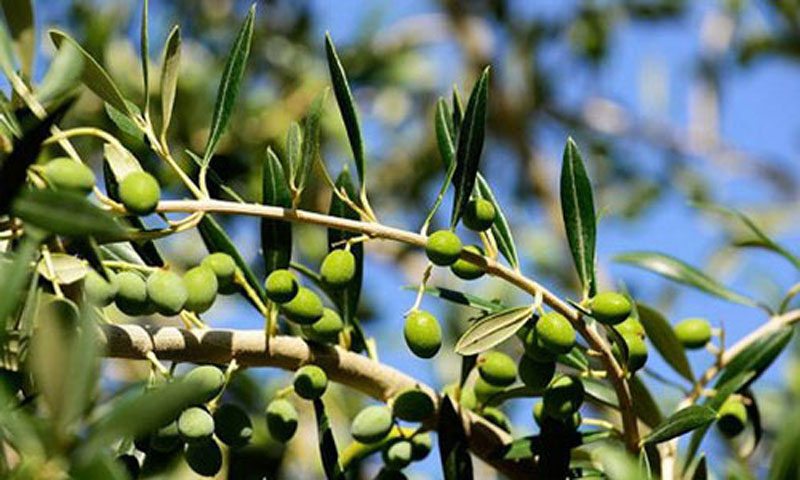 Blessed with varieties of soils, ecological zones and climate conditions, Pakistan is a unique country with over 4.4 million hectares of suitable land for plantation of olive trees. If utilized properly it can prove a harbinger to make Pakistan self-sufficient in edible oil’s production.

The country’s political dispensation came to realize to reclaim vast unutilized land through the plantation of over three million olive trees in five years auguring well to overcome the looming threats of food security and poverty especially in rural areas, which are largely dependent on agriculture.

Rawalpindi, Chakwal, Jehlum, Attock and Khushab districts of Potohar region were declared Olive Valley by Punjab Government where over 1.2 million olive plants are being grown on 11,125 acres areas with a potential to produce about 5,200 tons edible oil worth Rs1.727 billion by 2024.

Similarly, about one million olive plants are being grown on 9,391 acres with an expected economic value of Rs1.458billion in KP by next four years.

In Balochistan, over 500,000 plants are being grown over 9,391 acres with an expected economic oil income of Rs1.160billion during the said period.

Likewise, over 50,000 plants are being grown on 455 acres in Azad Kashmir and Islamabad, which are likely to generate a substantial revenue of Rs71 million after four years.

The whopping plantation of about three million fruit bearing plants with a potential to produce 1,415 tons edible oil is expected to generate Rs4.416billion revenue by 2024 for the country.

“Spain is producing about 45 percent of the total world’s edible oil from olive cultivation on 2.6 million hectares while Pakistan despite having a vast suitable area of 4.4 million hectares for olive farming as compared to Spain is importing around 75 percent edible oil for its domestic consumption,” the national project director said.

To cater people’s growing demands, he said, the first olive promotional project funded by the Government of Italy was started on June 1, 2012 under which olive cultivation on 1,500 hectares were successfully achieved.

This project worth Rs 3.82billion was later handed over to Pakistan Agricultural Research Council (PARC), Islamabad after devolution of Pakistan Oil Development Board (PODB) on February 12, 2012 and was completed on June 30, 2015. To capitalize on the good work of the Italian funded project, he said Government of Pakistan had launched mega “Promotion of Olive Trees Cultivation on Commercial Scale (POTCCS)” Project worth Rs2.3 billion in 2015 for increasing production of edible oil, expediting socioeconomic development in rural areas, alleviation of poverty and generation of employment opportunities for youth.

Muhammad Tariq said the project was currently underway in Punjab, KP, erstwhile Fata and Balochistan under which 50,000 acres additional land would be brought under olive cover. “Olive cultivation on around 25,000 acres has been already completed under the project and this figure would have been higher today had COVID-19 not struck in February last.” He informed that about 6.5 million wild olive plants have been naturally raised in thickly olive-covered mountains and plains areas at Potohar, Balochistan and KP’s Bajaur, Malakand and Lower Dir districts. A visitor could see thousands of wild olive grafting trees of an Italian variety on mountains at Talash in Dir Lower district while going to Chitral.

“I am very impressed to see olive trees covered mountains at Talash where 22,000 wild olive trees bore fruits besides grafting in 114,000 plants achieved,” said eminent social worker and General Secretary of a Karachi based Dua NGO at Talash.

He urged the KP Government to declare Malakand Division as Olive Valley keeping in view of its suitable climate condition and better soil fertility.

Prof. Dr. Muhammad Naeem of Economics Department, University of Swabi (UoS) said olive was a highly profitable farming and the assistance package would help give enormous boost to olive cultivation in KP.

He said Pakistan is spending billions of rupees on imports of edible oil including soybean, palm oil, sunflowers and other related commodities since 1970 and around 3,000 tons of olive oil worth Rs1.241billion were imported during 2017-18.

“The exotic olive plants mostly imported from Spain, Italy, Tunisia, Malaysia, Morocco and Turkey are relatively more costly than indigenous wild olive and efforts are being made to increase production of indigenous plants through grafting,” he added.